Can shareholder engagement truly benefit the environment? According to an academic study, the answer is yes.

In ‘The Real Effects of Environmental Activist Investing’, a prize-winning paper, a trio of academics considers how shareholder campaigns affect pollution and the environment by way of influencing corporate behaviour.

They also found that the results were not driven by shifting pollution offsite, but by on-site reduction. Reductions led to lower pollution in communities adjacent to plants, and lower intensity of pollution. Offshoring, plant closures, production decline and reporting biases were rejected as factors that could explain the cuts in emissions.

Now with three phases completed, at its inception the BAP aimed to give shareholders the right to nominate directors at US companies using the corporate ballot. The campaign submitted 75 so-called “proxy access” shareowner proposals at once in November 2014, continuing through 2018 to target 181 firms in total.

The academics’ study concerned the 60-odd companies that were targeted for inadequate redressal of climate change risks.

Other major institutional investors besides the New York funds backed the campaign. It is now mainstream practice among S&P 500 companies to give long-term shareholders such as pension funds the right to nominate directors to the board.

Speaking to IPE, Lakshmi Naaraayanan, assistant professor at London Business School and one of the paper’s co-authors, said the academics’ starting point for the study was that, at least in the US context, divestment was generally not an option for most pension funds and that engagement to improve companies’ environmental performance was increasingly prevalent among such investors.

However, there was not much academic evidence, if any, about the efficacy of climate-focused engagement by pension funds aimed at improving companies’ environmental impact, he said.

With his and his co-authors’ paper, the situation is now different.

“This research provides empirical evidence on the positive effects of shareholder campaigns and how they contribute to responsible business practices,” Naaraayanan said in a statement about the research. 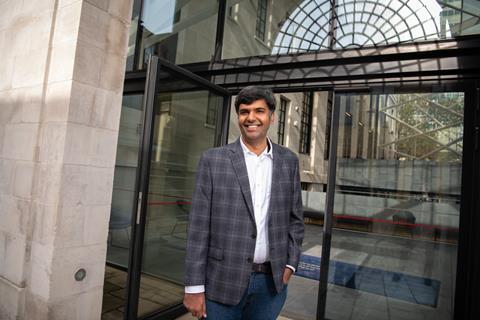 “Importantly,” he added, “our results demonstrate that co-ordinated action by large institutional shareholders, adopting a firm-specific mandate on sustainability, can bring about positive change by influencing board level decisions so companies mitigate their environmental impact.”

He continued: “To be successful, campaigns require investors to monitor each target firm’s environmental behaviour and combine this with the threat of discipline.”

In their paper, the academics note that their research fits in the gap between “a mature literature” looking at how activist shareholders can affect a firm’s governance, financial and operational performance with an aim of increasing their wealth, and “a growing literature studying investor preferences for socially responsible investments, often reflected by active divestment campaigns”.

They also state that their paper contributes to the shareholder activism literature “by uncovering the direct effects of sustainability campaigns” – as distinct from indirect effects on environmental behaviours from activism by the likes of hedge funds with non-sustainability-related objectives.

To isolate the effect of the BAP campaign, the academics compared firms that it targeted with a control group of companies comprising firms in the same industries and with similar financial characteristics and sustainability records, but which were not targeted by shareholder activism.

Disclosures in sustainability reports of targeted firms confirmed that companies were making investments associated with pollution. The academics also found that the plants of targeted firms improved their operational performance by adopting good operating practices and by reducing the high-impact waste produced on site.

A diverse set of databases was used to get a comprehensive view of the real effects of environmental activism and overcome measurement challenges that come with relying on any one data source.

Data was used from the Environmental Protection Agency and the US Energy Information Administration, complemented with other databases.

The paper won the 2020 Moskowitz Prize, which is described as “the most prestigious research award in sustainable finance”. It has not yet been peer-reviewed, with Naaraayanan explaining that the intention was to start submitting the article for peer review later this year, following a few more presentations at conferences.

“We’re always looking for more feedback,” he said. “We want to address all concerns, any spurious correlations.”

He explained that most research that is peer-reviewed “is not from the time – my last paper that was peer reviewed took me six years”.

The article can be found here.