New revelations about controversial dividend arbitrage practices at Macquarie have prompted another move by a Danish pension fund to distance itself from the Australian bank – while ATP said the latest reports vindicate its two-year-old policy of not investing in the bank.

Akademiker Pension, which recently changed its name from MP Pension, announced it is putting Macquarie back into investment quarantine – a status which precludes new investments for six months – following recent disclosures by financial daily Børsen and national broadcaster DR about the bank’s role in a long-running international dividend tax scandal.

The pension fund already quarantined the Australian bank in 2018 when the furore over its historical role in the Cum-Ex scandal originally gripped Denmark.

Danes had been particularly outraged because Macquarie was a major shareholder in the former national telecoms company TDC through its investment partnership with Danish pension funds ATP, PFA and PKA.

But in June 2019, AkademikerPension then lifted those investment restrictions, declaring itself satisfied the bank disapproved of its own prior behaviour, had not been involved in similar cases since then and had revised its tax policy to prohibit speculation on dividend tax payments.

According to the new report by DR, a department at the bank worked in 2011 and 2012 to deliberately design a model to make it possible to reclaim tax several times from the same Danish share dividends.

Macquarie staff are currently being investigated in Germany in connection with historical cases of refunds of dividend withholding tax.

Jens Munch Holst, chief executive officer of AkademikerPension, said: “The information provided by Børsen and DR indicates that Macquarie in 2012 was looking for a model to be able to cheat with dividend tax against the Danish state.

“This is new information for us, and if the information is correct, we will of course take a firm distance,” he said. 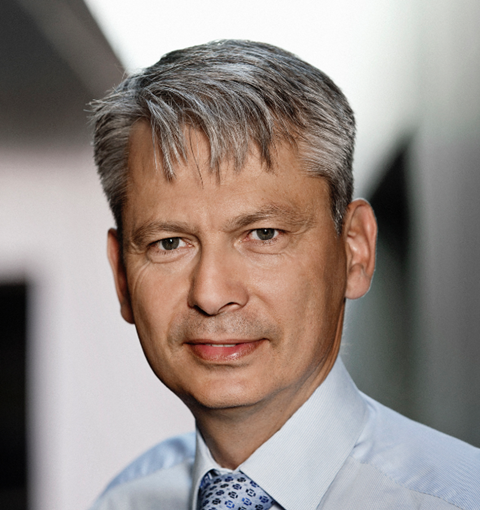 For now, Munch Holst said the pension fund was asking Macquarie’s management for an explanation, and quarantining the stock until it received this.

AkademikerPension said it currently had DKK52m invested in Macquarie equities, as well as more than DKK800m in infrastructure investments managed by the bank.

Anders Schelde, the pension fund’s CIO, told IPE the quarantine meant it could not enter into new unlisted infrastructure investments with Macquarie, but that it would keep existing unlisted investments and let them run off.

“Even if we had excluded Macquarie we would have kept the unlisted investments until run off, as it is too costly to sell them in the secondary market,” he said.

Meanwhile, ATP, Denmark’s largest pension fund, told IPE its policy regarding Macquarie had not changed since 2018 when allegations against the bank relating to the Cum-Ex scandal had been highlighted in Denmark.

“It remains our policy not to make any new investments in Macquarie or enter into business cooperation with them,” said a spokesman for the fund.

However, the pension fund is still involved with Macquarie as a business partner within the TDC investment.

The ATP spokesman said revelations in the latest investigative reports did not change anything for ATP.

“But it does show that it was right to stop further engagements with the bank,” he added.

He said ATP had decided at the end of last year to put a stop to the critical dialogue it had been conducting with Macquarie over the issue, because the pension fund had been unable to get the answers it wanted.

PFA told Børsen last week that the new information in its report was worrying and that it would include it in the critical dialogue it was already having with Macquarie about the bank’s involvement in dividend tax cases.

“Macquarie is on our watch list and we will not enter into any new cooperation with them until we have been assured that they have provided all available information and that they are no longer in any way involved in cases of unjustified recovery of dividend tax,” the pension provider told the Danish paper.

At PensionDanmark, CIO Claus Stampe told IPE the pension fund had a small investment in an infrastructure fund managed by Macquarie, which was now in the process of unwinding its holdings.

“There are no plans to enter into new business arrangements with Macquarie,” he said.

Labour-market pension fund Sampension said it had almost DKK6.5m invested in Macquarie shares, but was closely monitoring the company regarding its tax practices.

“If we find that they are resuming any unwanted behaviour, the road to exclusion is very short,” the fund’s head of equities Philip Jagd told IPE. “So far, however, we are holding on to our position,” he said.

Danica Pension told IPE it had sold all its investments in Macquarie.

When asked for comment, Macquarie declined to respond to AkademikerPension’s quarantine decision, but provided IPE with the response it had previously given Børsen in relation to its news investigation.

In that response, Macquarie said the memo cited by Børsen had been “consistent with market practice at the time, whereby many banks were seeking opinions on dividend trading strategies.”

“Macquarie has previously stated that it only conducted these types of strategies on the basis of confirmatory legal advice. No such strategy was authorised by Macquarie in relation to Denmark,” the bank said.

“Where we get things wrong or when rules or expectations change, we are always willing to resolve any problems and change our approach. Macquarie regrets our historical involvement and we have taken steps to ensure that this type of activity no longer happens,” the bank said in the response.