AP4 gives itself a pass grade for 2.5% H1 loss given the circumstances

Swedish state pension buffer fund AP4 has announced a 2.5% investment loss in the first six months of this year, with the fund’s leader describing the dent to its portfolio value as a mark of success considering how turbulent global financial markets had been.

As the first of Sweden’s big four buffer funds to report first half returns, the now SEK403bn (€38.7bn) fund also revealed it had recently stocked up on corporate bonds from firms likely to be winners, or at least robust, in the face of the long-term impact of the COVID-19 crisis.

Niklas Ekvall, AP4 chief executive officer, said: “A negative result never feels satisfactory, but given the circumstances, our return for the first half of the year can still be regarded as a pass grade for how we have managed to deal with the spring’s market turbulence.”

In absolute terms, the first half return was minus SEK10.6bn, with the Stockholm-based fund having underperformed its benchmark by 0.7 percentage points, according to AP4’s interim report.

Global equities was the worst-performing asset class for AP4 between January and June, losing 6.4%. It is also makes up the largest slice of the fund’s overall portfolio with a 40% allocation. Swedish shares ended the period with a 2% loss, while global bonds produced a 2.7% return.

Ekvall said the scope of the impact on the real economy during the first half of 2020 had been “brutal”, and added: “The speed and depth of the economic slowdown far exceeds what we saw during the financial crisis.” 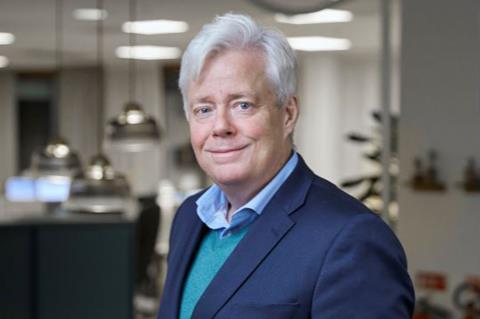 The fund, which has become the largest of the main four AP buffer funds over the last few years, said it had been an active long-term shareholder during the pandemic.

“This has been done, among other ways, by engaging in proactive dialogues with companies and with owner groupings on companies’ need for capital, which has resulted in AP4’s participation in several new share issues to support companies with sound long-term business models,” Ekvall said.

He also revealed AP4 as another investor behind the establishment of Sindre Invest, the new joint-venture investment firm announced last month by Swedish pension fund AMF.

Its purpose is to support primarily unlisted, medium-sized Swedish companies in the current situation, by recapitalising them as a minority shareholder.

Sindre Invest’s other creators are SEB, the holding company of the Wallenberg foundations FAM, and insurer AFA Försäkring, according to AP4’s report.

For listed companies, the Swedish finance ministry is currently in the process of relaxing the rules limiting how large a stake the AP buffer funds may hold, temporarily allowing them more leeway to participate in new share issues.

“AP4 also saw an opportunity as a long-term investor to increase our investments in corporate bonds issued by quality companies that structurally benefit – or at least are not put to a disadvantage – from the long-term impacts of the COVID19 crisis,” Ekvall said.