The G20 should invite the OECD to bring forward proposals for convening an international platform for climate finance (IPCF) as part of an update to the international financial architecture to account for the climate change challenge, according to Aviva Investors.

The asset manager has been advocating for such a platform since proposing it as a concept in 2020, and this week put forward recommendations that focus on how to make it a reality.

These include updating the mandate of the OECD, an association of 37 countries from across the world, to include delivery of an IPCF, which would bring together institutions on both the supply and demand side of private finance.

In a paper setting out its recommendations, Aviva said “though a challenging idea, it has been done before”, and pointed to the creation of the OECD’s forerunner to administer US and Canadian aid under the Marshall Plan for the reconstruction of Europe after World War II.

Among other reasons, the OECD was also a strong candidate to host the professional secretariat an IPCF would need because it was well-funded, “ideally placed in Paris”, and already connected to G20 discussions and those involving the UN Framework Convention on Climate Change, Aviva said.

It said the G20 should invite the OECD to build a technical assistance facility to help developing countries build strategies for financing their targets under the Paris Agreement, build interest among global pension and insurance companies in transition investment as an asset class, and “support arranging banks by increasing the number of interested institutional investors”. 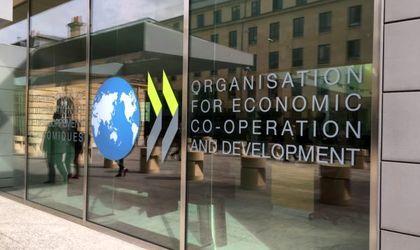 In the paper, Aviva indicated that members of the OECD-hosted platform should include the heads of multilateral financial institutions and multilateral development banks, and representatives of the newly launched Glasgow Financial Alliance for Net Zero.

Another recommendation involving the OECD – and pension funds – is for the organisation to develop a “convention on fiduciary duty and climate change to help align the international legal framework for pension schemes”.

Aviva also made recommendations concerning the IMF, the World Bank, the Financial Stability Board and other entities. The recommendations follow discussions held with others advocating the creation of an IPCF.

Steve Waygood, chief responsible investment officer at Aviva Investors, said: “Having first proposed the concept of an International Panel on Climate Finance last year, its purpose and objectives, this paper aims to provide more detail on the reviews and revisions to current financial architecture we believe are required from policymakers and governments, in order for those ambitions to be turned into tangible results.

“We think it’s right to examine international financial architecture, to allow greater focus on raising the amount of private capital invested in climate adaptation and mitigation solutions globally, how this money can best complement public finance, and how public policy, globally, regionally and nationally can help accelerate capital flows,” he said.

For more about the vision for an IPCF, read this Guest Viewpoint from Steve Waygood in IPE