Bond investors can save up to 10bp on managers’ fees, says ClearGlass

Pension schemes could save up to an average 10 basis points (bps) on fees charged by around half of asset managers, according to new research.

The ClearGlass Analyst Report on Absolute Return Bonds Funds showed that asset managers optimise their revenue at a certain point in the market relative to competitors. But because they are working from publicly-available information such as factsheets, and because the actual deals are often struck at lower fee levels, these “optimal” levels are too high, leaving room for investors to negotiate downwards.

The report is the second in a quarterly series from ClearGlass Analytics, an independent cost transparency data provider. The first – on global active equity funds – was published earlier this year.

The report explained that asset managers optimise their revenue at a certain point in the market relative to competitors – the “price point” – by balancing charges and assets under management (AUM).

But it said CTI data reveals that asset managers should optimise at the 22nd percentile (with the first percentile as cheapest), while public factsheet data suggests they do so at the 40th percentile for absolute return bond funds.

Other asset classes have different optimum pricing levels, but all show the same discrepancy between public data vs client-specific fee data.

This encourages asset managers to set fees at a sub-optimally high level, hindering value for money for clients, the report said.

From the deal data used in the research and from its work with clients, ClearGlass estimated that there is an average 10bp fee discrepancy between public and client-specific data across multiple strategies.

Assuming total AUM for UK defined benefit schemes of £2trn, this would mean an implied saving of £2bn per annum, said Chris Sier, founder and chair of ClearGlass and HM Treasury FinTech Envoy for the UK.

Sier told IPE: “The good news is that managers are more willing to negotiate fees than they are letting on. The bad news is that if the fee levels offered are in line with industry benchmarks – that is, other fund managers’ fees – clients do nothing, even if those benchmarks are above where the value is.”

Sier said: “Our advice to investors is: don’t accept the first or second offer, keep pushing and they will give you what you want, and based upon accurate data.”

However, the estimated 10bps fee discrepancy is an average: according to Sier, around half of managers are cheaper than the theoretical price point.

He said the data has never been available before simply because managers never published it. Data for the ClearGlass report was provided by managers at their clients’ request. 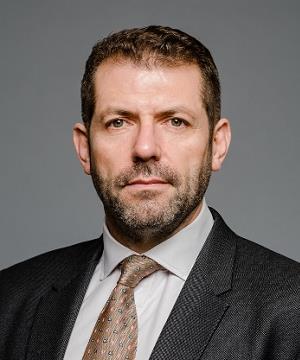 The report said: “This means that managers with the highest charges are not able to justify this cost through increased returns, highlighting the lack of performance premium. This suggests that investors would be better off seeking out, and allocating to, absolute return bond funds with lower ongoing charges.”

The research also found that top-quartile performers incur very low transaction costs, suggesting asset managers with the best performance have lower levels of transaction costs in comparison with their peers.

And it showed that investors can achieve greater economies of scale by increasing the size of their allocations.

A further conclusion was that consultants’ data does not solve the transparency problem.

A comparison of consultants’ data with CTI data suggested that consultants only capture half of the difference between public and CTI ongoing charges.