Controversial reforms to Estonia’s second pillar pension system have finally been enacted, after its Supreme Court ruled last week that they did not contravene the country’s constitution.

The ruling brought to an end a marathon battle between the government and the country’s president, Kersti Kaljulaid, who had twice refused to give her assent, on the grounds the changes were unconstitutional.

But Kaljulaid signed the bill shortly after last week’s Supreme Court decision was announced. Most provisions will take effect from January 2021.

The new law forms part of the coalition agreement between the Centre Party, Conservative People’s Party of Estonia and Isamaa, which was agreed in April 2019 following parliamentary elections.

It turns the second pillar into a voluntary system and is intended to give participants more control over their savings while creating a more competitive market to improve returns and cut fees.

The second pillar has been funded by mandatory employee contributions of 2% of salary, together with 4% from the employer-funded social insurance tax.

But the government said the new law could also increase state pensions for individuals leaving the second pillar, since the corresponding social insurance contribution would be channelled into the first pillar.

It also said the reform could give a short-term boost to income tax and value-added tax revenues. 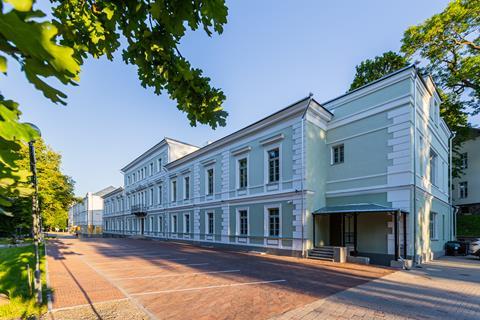 The law provides that individuals can withdraw their accumulated savings from their pension fund before retirement age. They then have the option of rejoining the scheme after 10 years. Withdrawals before retirement are subject to 20% income tax.

Participants may still continue to invest into second-pillar funds if they wish, while those not in the system can still join.

It will now become possible for second-pillar participants to transfer existing savings to a personal investment account (PIK), in which returns are reinvested tax-free. Under this arrangement, savers can choose their own investments, becoming their own fund manager.

The requirement for savers to purchase an annuity on retirement is also relaxed.

The legislation endured a stormy passage, with intense opposition in the Riigikogu (parliament) before it was approved on 30 January 2020. The government attached a confidence vote to the bill.

But the president refused to sign the bill into law and returned it to parliament.

She said the 4% social tax contribution was clearly for the purpose of pension and national health insurance, and that allowing the second pillar saving withdrawals would alter the purpose of the tax, which she said would be unconstitutional.

Once parliament had again approved the bill – unchanged – in March, it was sent to the Supreme Court after Kaljulaid again declined to sign it.

The new law continues to be widely criticised within the industry.

Joel Kukemelk, member of the management board of LHV Asset Management, said the government’s real intention was to fulfil its promise to hand over pension money to voters, to attract more support.

And he warned: “The law will significantly increase the problem of funding future pensions, since Estonia is a country with rapidly deteriorating demographics.”

He said the more people who left the second pillar system, the more money would be received by the government through the applicable income tax on the sums withdrawn. The government could also keep the 4% of an individual’s salary within the state budget, to pay out in current first pillar pensions.

This would mean it was not invested for future pensioners, Kukemelk said.

“There is already talk about potential investment scams”

Joel Kukemelk, member of the management board of LHV Asset Management

He added that while the changes offered more options to retirees besides purchasing an annuity, this could have been done without making the mandatory system voluntary.

And he criticised the provisions allowing individuals to invest pensions savings on their own.

“At present, only around 30,000 people in Estonia have individual investment experience, making it quite likely that most people who invest themselves will be prone to make bad decisions,” he said. ”There is already talk about potential investment scams luring people into investing their pension money in fake investment offers.”

And he predicted no increase in competition between pension fund managers, warning that instead, there would likely be no new entrants to the marketplace.