Long-awaited proposals for changes to the EU’s Solvency II regulatory regime for insurance firms published yesterday were criticised by the Danish pensions lobby today, and by InsuranceEurope yesterday, in particular for the temporary nature of the capital requirement easing they contain.

The European Commission announced yesterday it had adopted a comprehensive review of the Solvency II rules, so that – it said – insurance companies could scale up long-term investment in Europe’s recovery from the COVID-19 pandemic.

The review aimed to boost the channelling of funds towards the European Green Deal, it said.

In the announcement, the Commission said: “In the short term, capital of up to an estimated €90bn could be released in the EU.

“This significant release of capital will help (re)insurers ramp up their contribution as private investors to Europe’s recovery from COVID-19,” the Commission said.

Insurance & Pension Denmark (IPD) countered that the EU proposals would in fact slow down investments and have a negative impact on Danish pension customers’ returns.

Based on previous information, the industry association said it estimated the proposed rules as a whole would reduce the Danish pension and insurance industry’s investments in, for example, listed companies and wind turbines by somewhere between DKK25bn (€3.4bn) and DKK35bn.

“In addition, there is an additional unknown bill for the individual Danish pension saver, who will have to live with a smaller return on his or her saved pension kroner.

“The return falls when the industry has to put more of its investments in ‘safe’ investments with returns close to zero,” the lobby group said.

IPD called it “reprehensible” that the Commission was portraying an ongoing phasing-in of austerity as a kind of rebate that freed up funds in the industry for investment, referring to the claim that €90bn would be released.

“However, only a significant and permanent reduction of capital would allow insurers to increase their contribution to financing the recovery and supporting the EU’s Green Deal and Capital Markets Union,” he said. 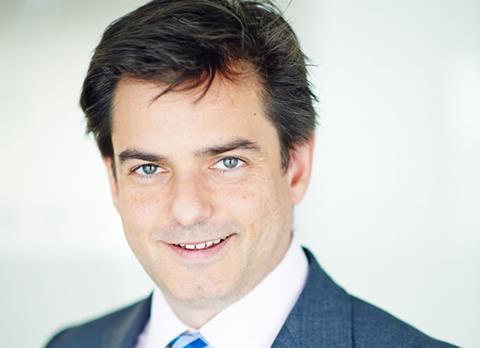 “Only a significant and permanent reduction of capital would allow insurers to increase their contribution to financing the recovery and supporting the EU’s Green Deal and Capital Markets Union,”

This was because insurers had to take a long-term view in their strategy and investment decisions, Jones said.

He said the steps the Commission had taken on proportionality seemed positive, but that there were concerns the proposals for new reporting and group requirements included elements that would unnecessarily increase costs and complexity.

“We will continue to assess the EC’s extensive set of proposals,” Jones said. “However, the overall impact will only become clear when the EC clarifies its plans for Level 2,” he said.

Benoît Lallemand, Finance Watch secretary general, said: “This is not coherent with the aim of Solvency II as a risk-based framework and implicitly leaves the taxpayer to pick any future bill from financial instability caused by climate change.”

The vast majority of Danish pension providers are incorporated as life insurers and therefore subject to Solvency II rules.

However in Sweden, pension firms have gradually been applying for the new status of occupational pension company – which removes them from the Solvency II framework, subjecting them to the country’s IORP II rules instead.

This morning AMF, one of Sweden’s biggest pension funds, announced that its application to become an occupational pension company had been approved by the Swedish FSA.

The firm will change its name to AMF Tjänstepension from AMF Pensionsförsäkring, and the transformation will take place on 1 January 2022, it said.

Aino Bunge, AMF’s chief of staff and deputy CEO, said: “AMF has worked actively to make the new regulations as good as possible for pension savers and therefore it feels very good that the application is now approved”.