The UK’s pension fund association is encouraging its members to vote against the chair of a company if they feel the company is not doing enough to ensure its business model is compatible with efforts to limit global temperature increases.

Pension funds should first engage with companies, the Pensions and Lifetime Savings Association (PLSA) said, and withhold support for the re-election of the chair if the company did not provide a detailed risk assessment and response to the effect of climate change on their business. Withholding support suggests shareholders could also abstain.

The stance was set out by the PLSA in a new section of its corporate governance policy and voting guidelines, focusing on sustainability.

Separately, the association reviewed the results and causes of shareholder dissent in 2017 for the 350 largest UK-listed companies and found that, overall, levels of dissent at annual meetings had not changed much over the past two years. Roughly one fifth of FTSE350 companies experienced “significant dissent” over at least one resolution at their AGM last year, according to the PLSA.

The research found that, over the longer term, levels of shareholder dissent had fallen since a peak in the aftermath of the financial crisis and the subsequent focus on governance that this entailed.

Luke Hildyard, stewardship and corporate governance policy lead at the PLSA, said there was still “considerable room for shareholder scrutiny of pay practices to improve”.

Pension funds and other asset owners should make stewardship central to the design and assessment of asset manager mandates, a think tank has suggested.

“There is a troubling disconnect between our system of wealth creation and the society which it serves.”

The suggestion was one of several made by Tomorrow’s Company in a discussion paper that set out concrete actions that every agent in the investment chain should take to help improve stewardship.

Another proposal was that the UK’s Stewardship Code should apply not just to asset managers but also to asset owners, investment consultants, research analysts and other relevant service providers and advisers.

The think tank also said stewardship should be central to the terms of reference of the Financial Conduct Authority, which regulates asset managers.

The Financial Reporting Council, which looks after the Stewardship Code, is gearing up to launch a formal consultation on changes to the code later this year.

Anita Skipper, corporate governance adviser at Aviva Investors, said: “We need to encourage a better shared understanding right along the investment chain, from individual investors and pension scheme members to boards and companies, about what good stewardship looks like.”

The think tank said there was a “troubling disconnect between our system of wealth creation and the society which it serves”.

Mark Goyder, founder of Tomorrow’s Company and author of the report, said: “Better stewardship is the key to better pensions, better productivity, and greater public confidence in the whole system of wealth creation.”

Tomorrow Company is inviting feedback to its ideas, which can be found here.

What is said to be the first antimicrobial resistance benchmark was presented in Davos last week. Developed by the Access to Medicine Foundation, a Dutch non-profit organisation, the benchmark evaluates how the pharmaceutical industry is responding to the phenomenon of bacteria developing resistance to antibiotics, which threatens their effectiveness.

The goal of the benchmark is to incentivise pharmaceutical companies to implement effective actions for tackling the problem of antimicrobial resistance. The methodology for the benchmark was presented last year.

Antimicrobial resistance is on investors’ agendas, with some calling for an end to the routine use of antibiotics in farming.

Mike Clark, a non-executive director of the £28bn (€32bn) Brunel Pension Partnership, has been appointed specialist adviser to a UK parliamentary committee for an inquiry into green finance. 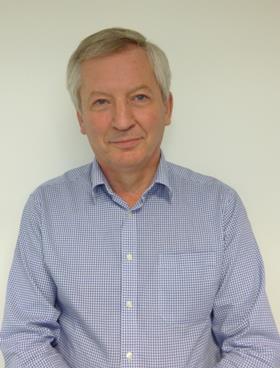 The Environmental Audit Committee of the House of Commons will be examining what the main drivers are behind institutional investors’ decisions on the type of investments they include in their portfolios, and what relative weights they give to possible financial return, environmental/carbon impact, energy security, or other factors, when considering financing energy or environmental projects.

It will also examine how effective the financial markets are in matching available finance to the required investment in renewable energy and other green projects.

Dawn Turner, CEO at Brunel Pension Partnership, said: “As responsible investors, these are all questions that interest Brunel enormously, and we are really pleased that one of our own board members is directly involved in this capacity.”

Clark set up a responsible investment advisory firm after having worked at Russell Investments for 21 years. He has contributed to public policy over many years, including working on the UN Principles for Responsible Investment and the UK Stewardship Code.