A proposal from the European Commission on sustainable investing rules would subject European pension funds to an unprecedented level of prescriptiveness, according to PensionsEurope.

The proposed regulation would allow the Commission to create Europe-wide requirements within the new EU pension fund legislation – the IORP II Directive – by way of a delegated act.

Matti Leppälä, secretary general/CEO of PensionsEurope, said: “Pension funds have not yet been subject to such a level of prescriptiveness.

“We have always believed national supervisors are best equipped to oversee how pension funds manage ESG risks, in order to take account of local governance structures and sustainability preferences.”

Delegated acts allow the Commission to set out the details of a law instead of leaving more detailed regulation to individual member states. They were kept out of the final IORP II Directive by the European Parliament and the European Council following lobbying from occupational pension associations.

The IORP II Directive, which came into force in January 2017, was generally seen as placing consideration of environmental, social and corporate governance (ESG) matters more firmly on pension funds’ agenda.

It included provisions on ESG, such as requiring pension schemes to have a risk management system that covers, among other things, “environmental, social and governance risks relating to the investment portfolio and the management thereof”. 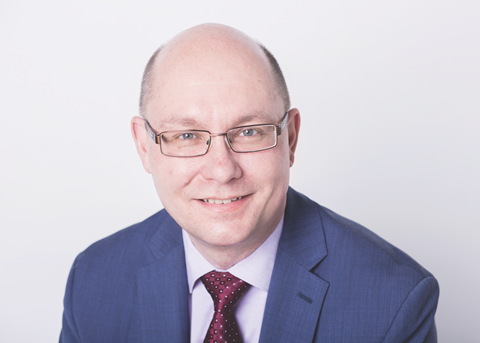 In accordance with the notion that pension funds should only be subject to minimum harmonisation, it was left to member states to further specify the rules as part of their implementation of the legislation. The deadline is January 2019, although some countries have already drafted legislation.

Now, however, the Commission has proposed to amend IORP II to empower it “to adopt delegated acts specifying the ‘prudent person’ rule with respect to the consideration of ESG risks and the inclusion of ESG factors in internal investment decisions and risk management processes”.

Leppälä said the Commission’s plan “would fundamentally change the IORP II as adopted by the co-legislators”.

“Risk management was specifically and deliberately left outside the competence of EIOPA and the European Commission to regulate it with delegated acts,” he said.

He told IPE the association would need to examine the Commission’s proposal with its members, but that the view was generally that it should be up to member states to decide on the specifics of the rule.

The Commission also referred to the need for delegated acts in IORP II to “provide for means to equally safeguard consumer protection and a level playing field between IORPs and other financial market participants”.

Leppälä said he disagreed with the Commission’s thinking about placing pension funds on a level playing field, saying that they did not operate across borders.

“It gives the wrong perception of what IORPs are,” he said.

PensionsEurope was otherwise positive about the Commission’s proposals.

“[The] measures are an important step towards creating clarity on which investments can be considered environmentally sustainable,” said Leppälä in a statement. “Pension funds will be able to better understand and measure how green assets and funds are, which helps to improve their communication with members and beneficiaries.”