Executives of company pension schemes in Germany are calling on the country’s political parties, which are discussing to form a coalition for the next government, to tackle the complexity surrounding occupational pensions in favour of opting-out solutions, according to a survey conducted by Willis Towers Watson (WTW).

The research – carried out last week during the annual WTW’s occupational pension conference bAV-Konferenz – showed that 44% of respondents believed the decision by the next government to simplify occupational pensions schemes would help attract employees to sign up for such retirement arrangements.

It also disclosed that 23% of respondents spoke in favour of opting-out solutions, meaning auto-enrolment of employees in occupational pension schemes, and 22% were in support of additional subsidies.

The law to reinforce company pensions – Betriebsrentenstärkungsgesetz – opened up the door to opting-out based on a collective bargaining agreement, which “would also make sense at company level”, Heinke Conrads, head of retirement Germany and Austria at WTW, said.

With opting-out, part of an employee’s salary is converted into future pension entitlements unless the employee decides otherwise.

This approach would simplify occupational pension contracts because “the employer offers a good solution and takes care of everything else – that makes the decision for old-age provision easier”, Conrads said.

To promote company pension schemes, the new government should also address issues such as the discount rate or the double contribution of company pensions, “nothing has happened [on this front] for far too long,” said Conrads. 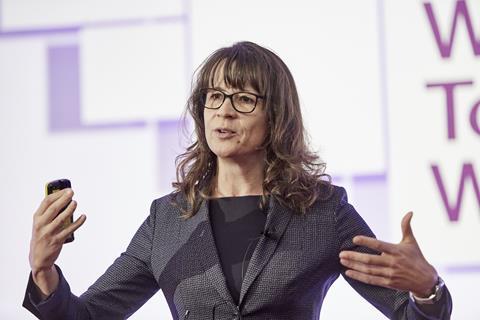 The candidates of the main parties in the race to win the chancellery have hardly mentioned issues relating to company pension schemes during the electoral campaign.

The Social Democrats (SPD) party – the winner of the recent federal election led by candidate Olaf Scholz – has set the goal of significantly spreading company pensions through collective bargaining agreements, and to abolish the double contribution of company pensions in the statutory health insurance, according to the party’s electoral programme.

The Union would improve the access to occupational pensions for all, including for those who change jobs.

The FDP would give all companies, not only those in collective bargaining agreements, the option of a pure defined cotnribution system, and it favours auto-enrolment in occupational schemes with an opting-out clause for individual employees.

The Free Democrats want to put an end to double contributions in statutory health and care insurance for all forms of company and private pensions.

The Greens have suggested the idea of “pure contribution guarantee” to make it easier for small companies to offer occupational pensions, acording to the electoral programme.

The parties have officially begun to assess the possibilities to build a parliamentary coalition to support the next government.

SPD’s Scholz has met with the Free Democrats and the Greens to explore the possibility of forming a so-called traffic-light coalition.

The Union, the alliance of the Christian Democratic Union (CDU) and the Bavarian Christian Social Union (CSU), met with the FDP and today with the Greens to sound out the chances for a so-called Jamaica coalition.

The Union, the Greens and FDP have put forward similar proposals of a fund investing pension savings, while the SPD holds firm to the idea of expanding and reinforcing statutory pensions.

According to WTW’s survey, only 8% of respondents favoured the option of a fund as a new pension model.