In-Depth: Basic European tracking platform to be operational by end of 2021

Mobile workers in the EU should be able to find their pension providers in at least five member states on a European pension tracking platform by the end of 2021, according to the project leader for the European Pension Tracking Service (ETS).

According to Claudia Wegner-Wahnschaffe, the countries involved include Belgium, the Netherlands, Denmark and Sweden, and possibly also Germany and Italy.

The ETS project is aimed at developing a pilot, including a website – Find Your Pension (FYP) – for a European cross-border pension tracking service.

This must enable mobile workers – estimated at 4.2% of the employee population – to find their pension providers, and provide them with an overview of their pension claims in different countries and systems.

From ‘proof of concept’ …

Wegner-Wahnschaffe said that a “proof of concept” for an effective and secure way of data exchange had been developed with the Belgian project partners.

“Belgium already uses the eIDAS authentication framework, which the ETS wants to apply for mutual recognition of the national eID systems,” she explained.

The current link between the Belgian pensions register and the ETS comprises a summary of accrued first and second pillar pension rights.

It covers target level two of FYP in Europe, comprising individual pension information as well as pension entitlements in the provider’s own format. Workers can also request information, which can be provided through conventional mail.

The project leader said the ETS project is now working on the concept for the FYP website as well as its – non-profit – business model, including the holder organisation, its legal shape, governance and financing. 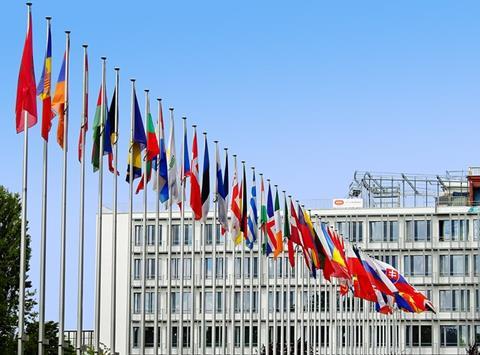 The countries involved with ETS include Belgium, the Netherlands, Denmark and Sweden

She added that the ETS is now also exploring how national tracking services can be connected.

As a follow-up to last year’s questionnaire about an overview of the various pensions communication methods across the EU, the ETS has recently launched an online survey to analyse internal communication processes, countries’ objective of informing citizens as well as the content and presentation of information.

The ETS said the results will be shared during an online event at the end of June.

According to Wegner-Wahnschaffe, the next three to five-year phase of the project is to comprise the roll-out of the information platform to the 12 EU member states that already have a national tracking service in place.

She added that Germany, Luxembourg, Croatia, the Czech Republic as well as the UK have started developing a local tracking service.

Wegner-Wahnschaffe added that, following the UK’s departure from the EU, it is unlikely that the country will feed data into the European tracking system.

However, data in the ETS will remain available to UK users if the UK uses a compatible authentication tool, she said.

The European pensions tracking system is ultimately to provide three layers of information, including individual pensions information, a pensions summary as well as projections of future pension income.

The ETS project leader declined to predict when the ETS could be completed across the entire EU, citing “too many uncertainties”.

Wegner-Wahnschaffe noted that, for example, the European Commission hadn’t yet committed funding for the roll-out phase of the project.

However, she said she was confident that funding would be provided, since the European pension tracking service was “still high on the priority list of both the EC and many member states”.

Last year, Wegner-Wahnschaffe estimated that a fully functioning ETS covering the entire EU could take up to 12 years to achieve.

She now argued that the ETS could also be considered as complete when it covers a “sufficient share” of the mobile workforce.

The ETS project is supported by a consortium of eight large European stakeholders sharing expertise.