Norges Bank Investment Management (NBIM) has laid out a revised strategy plan for this year and next in a document that bears some of the hallmarks of its new leader’s previous expertise, and focuses on optimising processes, technology and staff development.

Published this morning, the 16-page document is an update of the strategy document for 2020 to 2022 published in October 2019 under the previous leader. NBIM manages the NOK11trn (€1.1trn) Government Pension Fund Global (GPFG), Norway’s sovereign wealth fund.

Nicolai Tangen, who took over as chief executive officer of NBIM last September from Yngve Slyngstad, said: “The revised strategy builds on the previous strategy plan.

“High performance, responsible investment and transparency continue to summarise our strategy. However, the revised strategy focuses on optimising processes, on technology and on developing our employees,” he said.

In the new 2021-22 strategy document, NBIM said it would continuously look for new ways to challenge and improve the investment process through innovative technology and developing staff.

“We will strengthen our mental resilience and grit, allow mistakes, and thereby improve our investment decisions and risk-taking,” it said.

NBIM said the strategy had been revised by the executive board of the Norwegian central bank, Norges Bank, in close dialogue with NBIM, following a change in the latter’s management group.

The revised strategy was ”concise, clear and actionable, linking day-to-day tasks to the strategic ambitions”, it said.

In an interview with IPE after this morning’s virtual press conference at NBIM – in which it also unveiled its first direct infrastructure investment – Tangen emphasised that the new strategy was not to be seen as his own work, but as a product of broad consultation within the organisation.

“It is a very well-anchored process which started last summer based on 140 interviews with my colleagues here, and some workshops,” he said. However, he agreed it did contain some elements which he had brought to the organisation.

In the new strategy document, NBIM said it would increase its research on negative selection, including forensic accounting, taking company fundamentals into consideration.

“Our aim is to expand our negative selection by underweighting stocks we expect to underperform,” the organisation said. 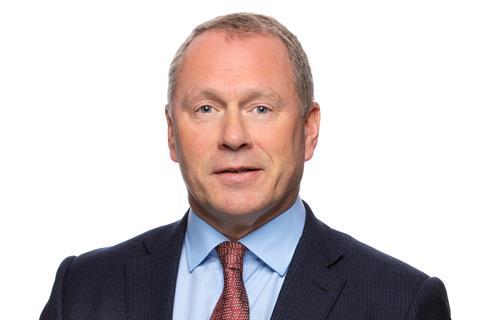 Tangen said the forensic accounting angle was one particular element of his previous long experience in the financial sector that he had brought to NBIM.

“It’s well known that the fund navigated the Wirecard investment well, and I have worked with forensic accountants in the past for the value-add that they can bring,” he said.

NBIM’s new work with mental resilience was another thing he had introduced for the benefit of the GFPG, he added.

“We have worked with mental resilience a lot in my previous life, and I have seen what that can do to the team and to individuals in terms of their ability to take risks when they are down, and how that can reduce stress,” he said.

“I seen the impact on having an even more rigorous and uniform process, so that is something we are also investigating through the so-called investment situation,” Tangen said.

Regarding investment strategies, NBIM said in the new strategy that it would “emphasise specific, delegated active strategies and have less emphasis on allocation or top-down positioning”.

It also said it would reduce its allocation to systematic factors and exposure to segments outside the benchmark index.

“The exceptions are our allocations to real estate, unlisted renewable infrastructure and emerging market debt,” it said.

Among its statements on equity investments, NBIM said it would increase its active positioning around corporate actions and capital market events to enhance portfolio returns.

NBIM also said it would scale up the external management of the fund’s assets in selected segments of the market with external managers that had deep understanding of companies and local market dynamics.

“This contributes to better return and lower risk in the fund,” NBIM said.

Elsewhere in the document, NBIM said its goal was to become a leading technology organisation.

“We will continuously adopt the latest, proven industry trends, such as serverless computing, everything-as-code methodology and machine learning,” it said.

It also said it expected the organisation to grow in a few prioritised areas, in order to achieve its overall aim of producing the highest possible return after costs.

“We will, however, remain a small, flexible and cost-effective organisation,” it added.

Asked by IPE what the most important new part of the 2021-22 strategy was, Tangen said it was rather a combination of many small things.

“It’s not one overriding thing. When you look through, there is a lot of fine-tuning and building on the great work of the past,” he said.