Fiona Reynolds, CEO of the Principles for Responsible Investment (PRI), has today announced that she is stepping down because she wants to be able to more easily spend time with her family in Australia.

In a blog post on the PRI website, she said the decision to step down had not been easy, as her time with the organisation had been a highlight of her career and her life.

“However, spending nearly a decade in London, so far away from my home in Australia, has been deeply challenging on a personal level,” Reynolds continued.

“The COVID-19 pandemic has made this more difficult in many ways, particularly with the ongoing closure of borders, and so has hastened my decision. The trade-offs of not being able to spend time with my family, or even being able to reach them if I needed, have simply become too high for me.”

It was not practical or possible to maintain her role as CEO from Australia, she added.

Reynolds joined the PRI in early 2013, taking over from inaugural head James Gifford, after having been chief executive officer of the Australian Institute of Superannuation Trustees for the six previous years.

Her start at the PRI was an eventful one, seeing the high-profile departure of six Danish pension funds, over governance concerns, 10 months after she joined – four returned three years later, and the balance in 2019. 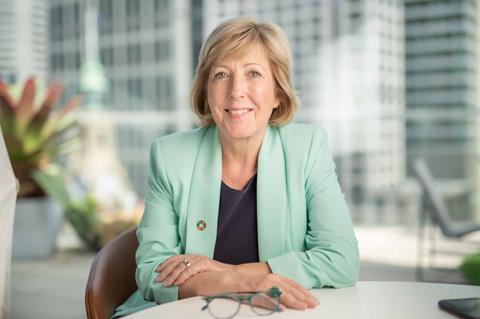 The PRI has grown significantly during her time at the organisation, from a staff headcount of only 37 to over 170, and from just over 1,000 signatories to nearly 4,000, collectively representing more than half of the world’s institutional assets.

Responsible investment itself, wrote Reynolds, had shifted from a niche activity “into the mainstream of the global financial industry”.

Other notable PRI developments under Reynold’s tenure include the launch of a signatory delisting model and the first expulsions, the launch of the Net-Zero Asset Owner Alliance, and the pursuit of projects and moves focused more on how investors can shape the world, as distinct from environmental and social matters as inputs in the investment process.

It has drawn pushback from Norges Bank Investment Management for some of its moves in this regard.

Reynold said she would maintain her position until the new year, with the PRI board responsible for appointing her successor.

Martin Skancke, chair of the PRI, said the board thanked her for her “remarkable legacy”.

“In Fiona’s tenure as CEO of the PRI, she has led the growth in scope and reach of the organisation to investors, policymakers and other stakeholders around the world. In turn, with tremendous commitment, energy and experience, Fiona has also contributed personally to the growth of responsible investing more broadly.

“We are very sorry to see Fiona step down as CEO, but fully understand her personal wish to be home in Australia with family. As the PRI Board and I commence a search for Fiona’s successor, PRI’s signatories can be assured that we, alongside Fiona and the PRI team, will ensure a seamless transition.”