Rabobank Pensioenfonds lagged its benchmark for the fourth year in a row in 2020, its latest annual report showed. The fund blamed the 1.4 percentage point underperformance on its disappointing factor investing strategy, which will be replaced by a sustainable equity portfolio later this year.

The fund’s factor investing strategy, an important part of its equity portfolio, significantly underperformed its benchmark, according to the €30bn fund’s annual report, which did not provide an exact return figure for the strategy.

The factor investing strategy of Rabobank Pensioenfonds is heavily tilted towards the factors momentum and value. While momentum showed a neutral performance in 2020, value yielded a negative return, the report stated.

This resulted in a total return of the fund’s equity portfolio of only 2.1%. This compares to a 6.7% return for the benchmark. The fund’s underweight to the quality factor, the only factor posting a return superior to the benchmark thanks to its large exposure to the FAMANG tech stocks, cost it dearly.

The fund’s decision to buy put options in June 2020 to reduce equity market risk was also unfortunate and weighed on its return, as stock markets continued their upswing in the latter half of the year.

According to the pension fund, there was a large return dispersion between the different equity managers though the fund did not provide an overview detailing this.

In developed markets, Rabobank’s largest asset managers are Robeco, AQR and PanAgora. In emerging markets it uses Robeco and Quoniam.

The factor investing strategy has been a ‘problem child’ for Rabobank Pensioenfonds for many years, explaining most of the fund’s serial underperformance since 2017.

Over the past five years, the scheme’s factor portfolio has lagged its benchmark by two percentage points. 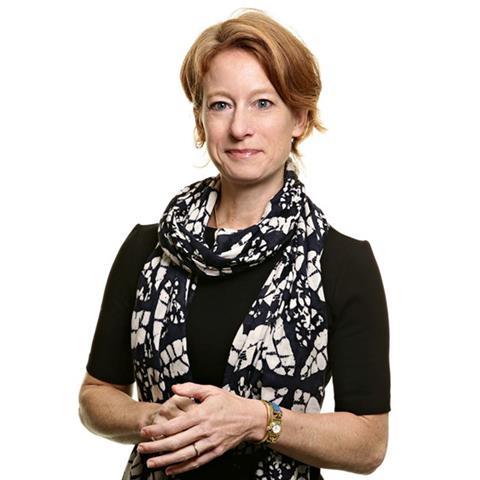 The fund is in the process of replacing the disappointing strategy with a passive portfolio following a bespoke global sustainable equity benchmark, according to Karin Merkus, chief investment officer and executive director of the pension fund.

Merkus declined to disclose the firm that will design the benchmark as the contract with the index provider in question has not yet been signed.

The benchmark will “partially exclude” investments in coal and oil sands, Merkus said, a decision which already has been effected in the portfolio.

“As a result, the carbon intensity of our portfolio has dropped by 42% compared to last year. Our goal is to reach a 50% reduction by 2022. In addition, we are also excluding ESG laggards,” she added.

The scheme is also investigating how it could implement four Sustainable Development Goals (SDGs) that have to do with climate and nutrition in its portfolio.

Another portfolio that significantly lagged its benchmark was the fund’s private equity allocation. It returned -0.45% compared to the benchmark’s 12.85%.

The poor performance is the result of the fund’s ongoing process of increasing its allocation to private equity, which is weighing on the returns, according to Merkus.

The scheme entered into an European venture capital fund and into two funds that invest in existing participations last year. Additionally, it increased its private equity co-investments.

The fund announced last year it wanted to increase its alternatives exposure to 25%. At the end of 2020, this figure was 14%.

Next to private equity, the fund is also increasing its exposure to infrastructure, for example by acquiring stakes in renewable energy projects.