Higher inflation and interest rates could prove to be an advantage for Swiss schemes operating within the boundaries of a pension system that is not indexed to an increase in prices.

If interest rates rise as a result of high inflation in Switzerland, “there is a relief for the financial situation of Pensionskassen,” Lukas Riesen, head of asset liability management and actuarial consulting at PPCmetrics, told IPE.

The effective financial situation of Swiss pension funds will improve because higher interest rates mean in the future higher returns, and that means in turn an improvement in liabilities for a Pensionskasse, he explained.

The economic funding ratio would increase for most Swiss pension funds “assuming that real asset investments, real estate, infrastructure or equities in general, would not have a pronounced negative performance with increased inflation and thus with higher nominal CHF interest rates,” Stefan Beiner, head of asset management at Publica, told IPE.

This is because many pension funds have partly significantly lower interest rate sensitivity on assets rather than on liabilities – the so-called duration gap – and because pensions in Switzerland are not indexed to inflation, Beiner explained.

“If for investments negative returns on nominal values prevail due to the increased nominal interest rate, the technical funding ratio according to BVV2 [the occupational pension rules] would decrease at least for a short time,” he said.

A higher inflation would mean that in the short term the technical funding ratio at Publica would likely deteriorate, and the economic funding ratio would improve, Beiner said.

Especially Pensionskassen with a high number of pensioners can see a relief on the side of the liabilities through higher inflation, Riesen said.

“This impact may be more resounding than the impact of inflation on investment,” he added. 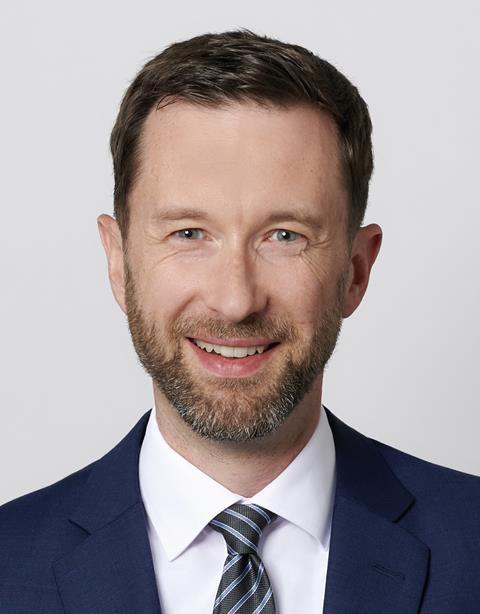 Higher inflation alone does not have a direct impact on the financial situation of the Aargauische Pensionskasse (APK), head of asset management David Engel told IPE.

“The financial situation changes when interest rates rise in general, thus affecting the valuation of investments and obligations,” he said.

In the short term, this can lead to imbalances between investments and obligations. In the longer term, APK will be able to adjust to the situation, similarly to the case of falling interest rates, Engel said.

APK allocates to face different scenarios, including a scenario with higher inflation, he disclosed. “Commodities and real assets in particular have had historically a stabilising effect in periods of inflation,” he added.

With nominal value investments, if inflation goes up, interest rates increase and the value of investments drops, he said, adding that higher inflation may be painful for Pensionskassen with a high share of bonds.

The second pillar pension system in Switzerland is not designed with mandatory rules for inflation adjustments.

“Almost all Pensionskassen have not calculated inflation in their budgets. An inflation adjustment can be done by a Pensionskasse if the financial situation of the fund allows it, [but] this adjustment is facultative,” Riesen said.

APK is not required to compensate for rising inflation by lifting pensions, Engel said. Publica, too, would not have to increase its pension payments in the case of rising inflation.

“Of course, in the event of long-term higher inflation, the board of directors at Publica would discuss ways to improve the loss of purchasing power in detail,” Beiner said.

If inflation persists, Beiner added, the purchasing power of pension recipients would decrease, which in the medium term would trigger discussions in the highest bodies of many pension funds as to whether and how pensions could be increased “voluntarily”.

Riesen said that now the question is whether higher inflation comes that quickly in Europe, compared to a spike to 4.2% in the US.

“I am sceptical on whether the big inflation wave will come in the next few years,” he said. But if high inflation arrives, “it is not a priori bad for the second pillar pension system in Switzerland, it is painful for pensioners,” he said.