A report commissioned by the German government has proposed a centralised ‘pension dashboard’ to give savers a calculation of their total accrued pensions in the first and second pillars.

The proposal was contained in a 180-page report by consultancy group Aon and the Institute for Insurance Science at the University of Ulm, and presented at this year’s Handelsblatt occupational pensions conference in Berlin.

It outlined the concept of a secure website where German savers could get a calculation of their accrued pension rights and possible future accruals from existing supplementary pension plans as well as the first pillar.

The website would then collate all the available data and calculate a possible future monthly retirement income estimate, stating it as a purchase power equivalent value for the time of the request.

The government had commissioned the report to look into the challenges and advantages of introducing a “cross-pillar pension information system”. 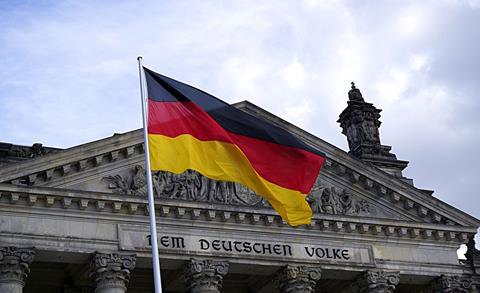 Konrad Haker, from the German social ministry BMAS, confirmed the pension dashboard was on the government’s agenda.

“Over the next week we will hold talks with the stakeholders and consensus will be necessary on fundamental decisions such as the scope of the platform, its structure and how it should be run,” he said.

Last year, the government set up the Deutsche Renten-Information to create a pension dashboard. In a preliminary project it invited a sample of German citizens to upload their pension information and obtain an estimate of their retirement income.

However, as stated in the new report, it became clear that, while people would have liked to have this cross-pillar accumulated calculation, only a few provided the data and some provided information irrelevant to their retirement income.

The authors of the study proposed a centralised digital platform – probably overseen by a government department – for information coordination but not for data storage.

Data on accrued pension rights would only be collated when a registered user requests the information.

“Afterwards all the information would be deleted from the platform again and it would only be stored with the pension providers that already have the data,” said Hans-Joachim Zwiesler, a professor at the University of Ulm and one of the authors of the report.

He said the model calculations of a possible future monthly retirement income “should be made available to the user” for download as it “could be used when seeking professional advice” on supplementary pension arrangements.

However, Zwiesler emphasised that the platform would “not consult” on any products or action to be taken.

The study proposed a pension glossary and “general information” on retirement provision to be included in the dashboard. It could also be used to inform members about possible tax advantages of certain pension provisions, or the possibility of making top-up payments.

Regarding the information provided by companies and pension providers, co-author Gundula Dietrich, a partner at Aon, said it was “not expedient to completely leave it up to them to provide information”.

As a first step, the researchers said they would like to see providers “co-operate in a trial run” of a possible future pension dashboard.

However, the German government would first have to agree on starting such a trial, as well as the legal framework to accompany it.

Dietrich and Zwiesler called on all stakeholders to start at least a “lite” version of an information tool “as soon as possible”.

They also hoped for a knock-on effect on pension data standards, as information requirements could help providers standardise their data and – in some cases – “get the boxes with files out of the cellar”, as one audience member put it.

Several pension providers indicated to IPE that the industry was not entirely keen on the project.

Representatives of larger companies with in-house pension plans and good information on occupational pensions claimed their members were well-informed enough and could already get more details – including calculations on future accruals – at any time.

On the other hand, people working at smaller, multi-employer Pensionskassen argued that an information service such as a dashboard would be important to have.

“We think the project is feasible and it might be good just to start off by providing users with an information on where they accrued pension rights,” Dietrich said.

After a pilot phase – provided there was political consensus for the project – she estimated that the “actual start” would be scheduled for “two to three years’ time”.

In an online survey at the Handelsblatt conference, delegates were asked which income should or should not be included in a future pension dashboard. Of the respondents, 81% said they would exclude income from real estate rental, while 16% would not want fund investments included.

The study (in German) can be downloaded here.