BlackRock’s market share was 7.7% of global assets at the end of 2016. The firm also recorded the highest inflows during the year, bringing in €192bn – nearly three times that of its nearest rival.

The ranking of global managers is largely unchanged from last year, but Fidelity Investments entered the top 10, reporting €2.13trn of AUM and attaining fourth place, following a year in which it expanded its exchange-traded fund business.

As a result, Amundi and Legal & General Investment Management came 11th and 12th, despite both breaking through the €1trn barrier. 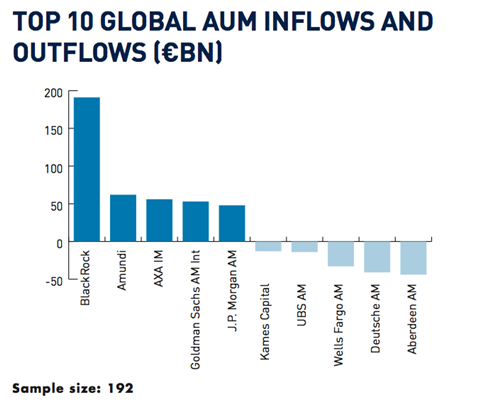 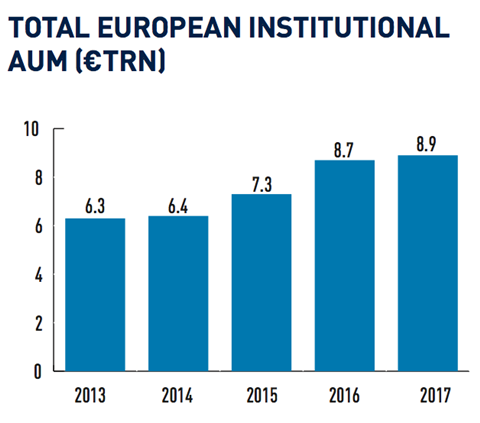 Amundi climbed several places in the ranking to fifth place, reporting an AUM increase of nearly 15% to €309bn. The French asset manager was aided by its strong inflows as well as its acquisition of Pioneer Investments.

Credit Suisse moved up to 10th place, reporting €215bn of assets managed on behalf of European institutional clients. Aberdeen Asset Management fell out of the top five, following a year of outflows. The survey does not reflect the recent merger deals involving Aberdeen and Standard Life Investments, or Janus and Henderson Global Investors.

Leading asset managers ran €63.3trn of assets globally at the end of 2016 the Top 400 Asset Managers survey shows. Global assets grew 12% during 2016, in line with the previous year’s growth rate.