Researchers at investment bank UBS have proposed a ‘deficit repair’ approach to valuing pension deficits rather than the current International Accounting Standards model, known as IAS 19.

UBS argued that the current accounting number was “not an appropriate number for valuation purposes” for defined benefit (DB) schemes. Using a discount rate linked to AA-rated corporate bond yields – as in the UK’s current approach to valuations – “inappropriately prices pension risk into fundamental equity valuations”, the researchers added.

Two leading UK actuaries who spoke to IPE about the proposal agreed there was merit in UBS’ proposal.

Lane Clark & Peacock partner Tim Marklew said: “Depending on the company you look at and the situation, you could end up with either an upside or downside from [UBS’] approach.

“One of the starting points in their analysis is that the accounting number is arbitrary. I firmly agree with that. There is no particular reason why pension schemes should be valued using the accounting measure. 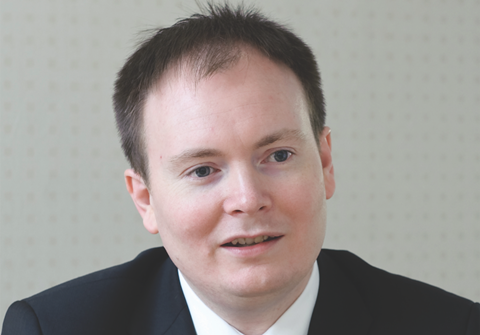 “It is based on AA corporate bonds and that is not based a robust economic reason. AA bonds are used for convenience. It is a useful starting point. It might do the job, if the pension liability is insignificant.

“But if you really want to understand and value a pension liability, you need to go beyond that. And that is what UBS are attempting to do.”

“There is more variability in how people approach their technical provisions and so although the cash agreement tells you what they are expecting, it says nothing about the context,” she said.

Whitney also warned that UBS’ approach could result in less comparability across schemes.

“It does mean you have to accept that two very similar schemes can have quite different funding plans,” she explained. “So you might have a scheme that is working on something closer to a long-term objective – say, buyout – but over a longer period than a comparable scheme with a focus on technical provisions and a shorter recovery plan.”

Actuaries typically arrive at a figure for the deficit repair plan using a valuation approach, known as ‘technical provisions’, in co-operation with a scheme’s trustees, regulators and the sponsor.

In the UK, technical provisions form the basis for the triennial funding negotiations between the scheme’s sponsor and its trustees.

Under IAS 19, sponsors must project forward their liability in line with the plan’s assumptions and discount back using a AA-corporate bond rate before netting off any plan assets.

Critics of this approach have argued that it tended to oversimplify a complex issue.

They have also pointed to problems with a shortage of duration-matched AA corporate bond rates in the market place to be able to discount reliably .