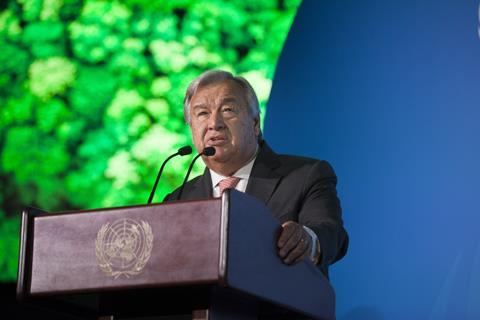 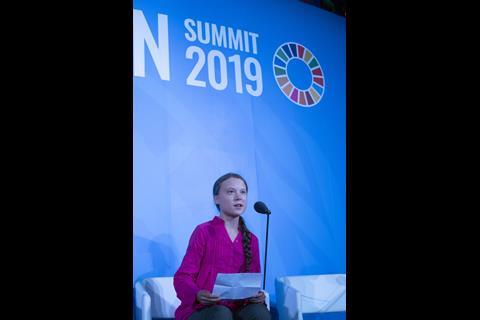 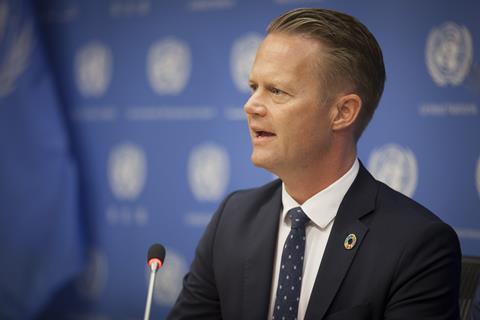 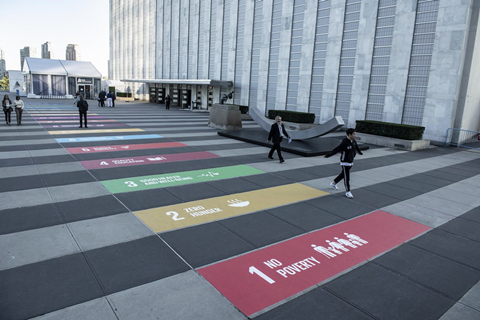 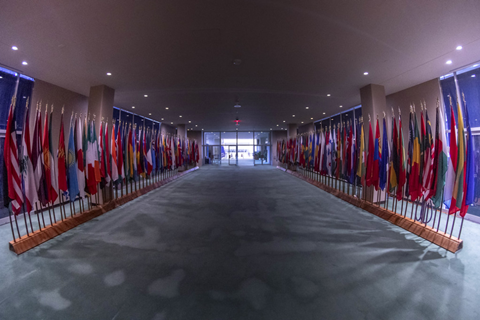 Country flags on display inside the UN headquarters in New York

Denmark’s government and several of its biggest pension funds have pledged to invest an additional DKK350bn (€46.8bn) between now and 2030 to support the green transition.

The collaboration set out its stall at the UN Climate Action Summit in New York this week to lead the charge to finance efforts to deal with global heating. The new pledge is more than twice the amount the sector has already invested and promised to invest.

Ahead of the launch of the UN event, Danish prime minister Mette Frederiksen and pension funds PensionDenmark, PKA, PFA and PenSam – alongside lobby group Insurance & Pension Denmark (IPD) – announced plans for the industry to invest in green energy infrastructure and related investments, such as green stocks and green bonds.

IPD said this represented a marked increase in the level of sustainable investment by the €410bn-plus Danish pensions industry, given that it had previously invested more than €16bn and planned to allocate another €4bn.

Torsten Fels, PenSam‘s chief executive, said: “It is important that the green transition is carried out rapidly, which requires ambitious political goals worldwide… Backed by Danish pension savings, we can as an industry help to make this plan real.”

At the event, institutional investors from elsewhere declared their support for the initiative, which aims to inspire others to help mobilise further investments in climate change mitigation and adaptation around the world. Backers included Dutch pension fund PFZW, Norway’s Storebrand Asset Management, and the New York State Common Retirement Fund.

Global efforts are to be coordinated by a coalition of public and private sector partners, the government of Denmark, Danish consultancy World Climate Ltd, and Peter Damgaard Jensen, chair of the Institutional Investors Group on Climate Change (IIGCC) and chief executive of PKA.

Per Bremer Rasmussen, chief executive of IPD, said pension funds in Denmark had managed to increase the level of long-term investment in the green transition and simultaneously create a good rate of return for pension savers.

“This is a valuable experience that we would like to share, which is why the Danish pension industry already is reaching out to other international investors with the aim of creating even more momentum for the green transition,” he said.

According to the IIGCC, citing 2018 data from Bloomberg, the investment sum pledged by the Danish pension funds equates to a 15% increase in total global annual investment in renewables – although these investments are to be spread over 10 years.