Three unions have withdrawn their representatives from the accountability body (VO) of the Dutch sector scheme for dental technicians at the urgent request of the pension fund’s board.

The board of Tandtechniek had ruled out further co-operation with the VO, which represents the scheme’s membership, as the accountability body was considering an appeal against a verdict from the Netherlands’ corporate court.

The board feared that this could further delay the ailing pension fund’s plan to join the €197bn healthcare scheme, scheduled for 1 October.

Last month the corporate court rejected the VO’s request for an investigation into alleged mismanagement by Tandtechniek’s board. The VO also asked to replace the board by an administrator. The court ruled that the body’s responsibilities weren’t as extended as it thought.

Henk van der Meer, employee chair of Tandtechniek, said: “We don’t have time for such an appeal procedure, and we aren’t actually interested in it either. This will demand energy which we [would] rather spend on the collective value transfer.”

Following a meeting with the accountability body, the board did not believe the VO would change tack either, Van der Meer added.

He said that Wolter Jagt, employer representative in the VO, had already stepped down of his own accord as he didn’t agree with the decision to appeal the court’s ruling. 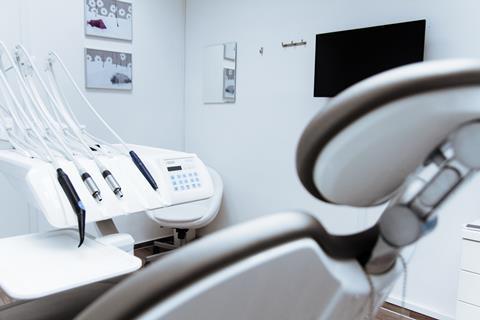 Responding to the developments, Arie Slottje – now also a former VO member – suggested that the board had obstructed the regular judicial process, as its request to the unions had effectively blocked the VO’s appeal option.

In his opinion, the court hadn’t really addressed the questions posed by the VO, instead ruling that that the VO could not do anything whereas the board could do as it pleased.

“The participants who pay can’t decide or ask anything, but are subject to risks and losses,” he said.

Slottje referred to the low funding of Tandtechniek, which stood at 92.7% of liabilities at year-end, following several rounds of rights cuts during the past few years.

Joining PFZW, which has a coverage ratio of 98.6%, would make additional cuts inevitable.

Citing Tandtechniek’s annual report over 2016, Slottje said that participants had already lost at least 20% of their pension rights. “The chances to make up for this are virtually zero,” he said.

Slottje, who took his PhD on decision-making processes at company pension funds, argued that participants themselves should get an increased say at the expense of the unions, “as unions represent no more than 18% of the Dutch working population”.