Viewpoint: As inflation psychology kicks in pension plans must act

Pascal Blanqué, chair of the Amundi Institute, says it’s a mistake to assume the inflation spike is merely a blip

Inflation has raced to the top of the policymaker agenda. With geopolitics supercharging energy prices, it’s going to stay there. Stickier inflation is a straw in the wind heralding the shift unfolding in financial markets. The blunt reality is that inflation will force long-term investors to look again at their asset allocation.

Although short-term inflation risk first arose in 2021, long-term inflation expectations remain puzzling low – at least for now. At the beginning of last year, economists US inflation forecast for the end of 2021 averaged 2%. The actual December figure was 7%, the highest since 1982; with January even higher at 7.5%.

History shows that psychology plays a big role in underestimating inflation due to ‘recency bias’: the tendency to relate things to the recent past rather than a more relevant parallel half a century ago.

Today, few Americans remember the soaring inflation of the 1970s, since three quarters of the US population is below 55. This explains why the secular stagnation (very low growth, low inflation) of the past decade make people assume that any inflation uptick, post-COVID, will be short lived.

Dawn of a new age

That expectation is now being questioned. Falling asset prices since the start of 2022 followed a reassessment of likely returns post inflation in the wake of priced-for-perfection valuations. The geopolitical crisis is now doing the rest, through skyrocketing commodity prices.

That said, the theory that the current inflation level is transitory still lingers. That is because supply bottlenecks may well be temporary and because monetary forces such as money velocity (the average number of times a dollar is used to buy goods and services per unit of time – that have historically driven inflation) have faded over the past two decades.

This is too simplistic. The inflationary process has long been in full force. It just has mostly been confined to the financial, rather than the real economy.

As inflation proves to be more persistent and memories of the deflation of the recent past fade, psychological inflation forces will become dominant.

At times this will be brutal but self-sustaining. Everyone will watch the most recent data as it diverges from previous patterns. This could rekindle long-dormant memories of other inflationary episodes, such the 1970s.

So that is where we are today. Short-term inflation currently overshoots the long-term average by the widest margin since 1981. In the US, median consumer inflation expectations for the year ahead remain stubbornly at 4.9%, the highest since 2008.

Nevertheless, they remain well ‘anchored’ – people are sticking to this expectation. Similarly, financial markets’ inflation expectations, despite surging, have yet to de-anchor.

Looking ahead, however, things can change. Governments are likely to take control of money supply and maintain double-digit growth in it for several years. This will be part of a broader transition from free markets – backed by independent central banks and rules-based policies – to a command-oriented economy.

This means financing the expansion of both the financial economy and the real economy, leading to higher prices of assets as well as goods and services.

Since interest rates could be capped for some time there may be a delay as rising inflation translates into higher interest rates.

Worries about inflation would then trigger consumers to disinvest and bring forward future consumption. When this happens, inflation in the real economy will rise even faster and central banks will lose credibility. This will trigger a fundamental readjustment of risk/return expectations. 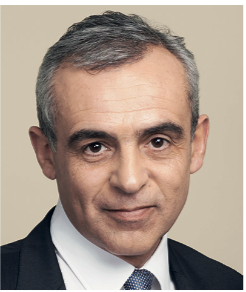 Pension funds need to weigh up how much inflation hedging is viable and at what cost; how its growth portfolio is exposed to rising yields and inflation risk; leverage and liquidity risks in the face of higher yields, and lastly asset class correlations in a higher inflation world.

Differences in the reactions of central banks and the inflation dynamics between countries may offer value opportunities that were limited in a world of synchronised central bank action.

As for capital growth, equity markets will remain a return engine. Here, investors should look at companies with higher pricing power or sectors linked to the real economy.

Correlation dynamics will change, with possible high equity/bond correlation during periods of inflation risk. This means finding further diversification in the form of lowly-correlated strategies – such as liquid alternatives and gold or currencies – that can provide some hedging in case market turmoil hits equities and bonds alike.

Finally, real assets will be an important growth component, strongly exposed to the real economy and inflation. But they need longer time horizons, given their lower liquidity.

In summary, it would be a mistake to believe that the current inflation spike is just a blip, just as the US Federal Reserve did in the 1970s, only to find that analysis was flawed.

Pension funds should remember the power of psychology and its role in underestimating inflation so far, and instead plan for a prolonged era of high inflation.