Viewpoint: Modelling a longevity shock – A £1bn scheme would need to find £120m

Longevity risk is the largest risk facing most UK defined benefit (DB) pension schemes, but most of this risk is unhedged – leading to potential for a huge impact across UK pension schemes if pensioners live for longer.

A pension scheme might decide not to implement a longevity swap on the basis that doing so would be an unnecessary, unplanned expense. But in the event of a longevity shock, with members expected to live years longer than previously believed, this could be a false economy. It appears that UK pension schemes are becoming increasingly aware of this risk, as although the longevity market has been relatively quiet in recent years, there have been signs to suggest that activity is picking up.

We considered the impact of rising longevity on a model £1bn scheme on track to achieve buy-out in 10 years, assuming that its members’ longevity rises by two years halfway to its target. Our scenario suggested the scheme would need to find an extra £120m to meet its resulting funding shortfall. This compared with needing to generate an additional £30m in investment returns over the scheme’s journey to buy-out if it implemented a longevity swap at the outset.

Our analysis is intended to prompt trustees to consider their scheme’s position with and without a longevity swap in place. Estimates place the longevity risk in the UK pensions market at about £2trn, most of which is unaddressed, according to published data on longevity hedging and insurance transactions.

At this scale, a longevity shock along the lines we considered would have huge implications across the market as a whole. The most likely outcome for pension schemes facing such a shock would be a delay to buy-out and significant deficit contributions.

Over the last decade, the average DB pension scheme has worked hard to fill funding gaps and made significant progress to reduce market-related risks such as interest rates and inflation: and this means that despite recent volatility, funding levels for the typical scheme have held up well. 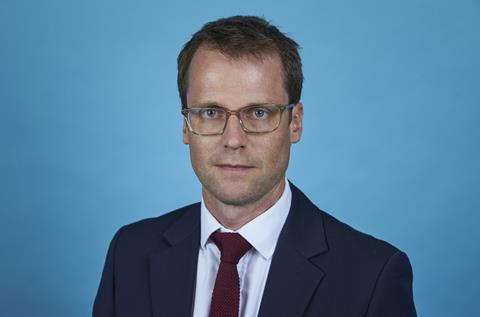 Prior to joining Insight, he spent four years at State Street Global Advisors as head of LDI. Before this, he held executive director positions at Goldman Sachs, Credit Suisse and Nomura, where his responsibilities included pensions, insurance and longevity structuring.

However, longevity expectations have fluctuated significantly over the past two decades. The Continuous Mortality Investigation (CMI) Projections Model, which is widely used by actuaries involved in the financial management of UK pension schemes and life insurers, predicted significant increases in the life expectancy of 65-year-olds in England and Wales in the early 2000s.

These expectations then fell back substantially. In 2009, a 65-year-old female was projected to live for about 26 years, and a male 23 and a half years. This subsequently declined and has stabilised at a lower level in recent years. In the most recent 2021 release, published in March 2022, the CMI projected a life expectancy for 65-year-olds of about 24 and a half years for females and 22 years for males.

Looking forward, we believe that it is possible that the reductions in life expectancy in recent history could be more than reversed as innovations in technology and healthcare support the likelihood of generally improving longevity expectations.

By entering a longevity swap, a scheme can remove that risk and increase the probability that they will reach their desired endgame. We therefore expect to see increasing hedging of longevity risk as pension schemes grow increasingly mature.

These include more fundamental questions, such as which members to cover and whether to use an onshore or offshore insurer, through to practical questions including how to structure and manage collateral, how data will be transferred and treated, and how to futureproof any transaction.

We expect collaboration and projects such as this to help make longevity swaps more accessible to smaller schemes, and to improve the efficiency and benefits for all.

Given what is at stake, we expect longevity to be the subject of much greater focus over the next decade as schemes weigh up their funding positions against a backdrop of an uncertain monetary policy and economic outlook.

Case study: the impact of longevity risk on a pension scheme