The indices aim to increase exposure to companies providing solutions to address climate change, with twice the exposure to clean technology companies compared with the underlying benchmark.

According to MSCI, they also help to reduce exposure to “stranded assets”, in that they have 50% lower exposure to thermal coal and four times less exposure to companies with carbon intensive products, compared to the underlying index.

Bernard Descreux, director of the asset management division at EDF, said: “As a responsible asset manager, we firmly believe that enabling the transition to a low carbon economy is crucial to the development of a sustainable financial system.”

According to an EDF Group spokesperson, the utility planned to switch some of its passive investments into indexed funds using the new MSCI indices as soon as these were launched, although they did not say how much of the fund’s €28bn assets under management would be affected. 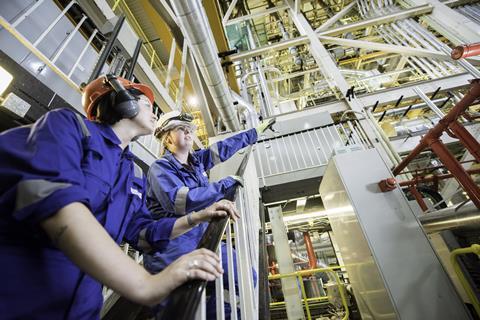 “We are already in discussion with our partner asset managers to shift progressively towards the new indices, liquidity permitting,” the spokesperson said. “We wish that a liquid and deep derivatives market will surge quickly with many market participants to ensure efficient trading conditions.”

According to the spokesperson, around €10bn of the nuclear decommissioning fund was held in international equities benchmarked to the MSCI All Countries World Index, with a majority of this equity portfolio invested in passive funds.

Remy Briand, head of ESG at the index provider, said: “The devastating impacts of climate change will be felt beyond the traditional horizons of most sectors and it is critical that the investment industry collaborates to enable the transition to a low carbon economy, before climate change becomes a defining issue for financial stability.

“While there are transition risks associated with taking early action, there is a growing body of evidence to show that earlier action will ultimately mean a less costly adjustment.”

In France, all nuclear operators have to set aside assets dedicated to financing the decommissioning of nuclear power plants and the long-term management of radioactive waste.