Investors have more to gain than lose from investing for a world that has kept a lid on global warming, according to analysis by the UK’s largest asset manager.

According to a model developed by Legal & General Investment Management (LGIM), rapid decarbonisation of the energy system could be achieved at moderate cost and would create “trillions of dollars” of investment opportunities.

Presenting LGIM’s analysis to journalists yesterday, Nick Stansbury, head of commodity research at the £1trn (€1.2trn) asset manager, said that “as a firm we think the risks are skewed asymmetrically towards investors preparing today in advance of policy action”.

“In many areas we can identify that you don’t lose out by doing so if policy action doesn’t come,” he said.

LGIM had long believed this to be the case but was “really pleased to have some real hard concrete evidence to support that assertion”, added Stansbury. 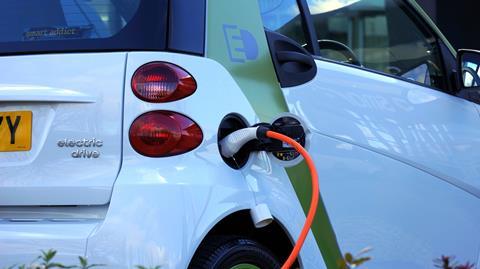 LGIM analysis shows direction of travel is towards electrification

The analysis showed that energy efficiency was “probably the most important technology” for investors to back, he said.

“Excitingly, we have found so many bottom-up energy efficiency gains that, in our modelling, as the world becomes richer and flies more and uses more steel and drives further, the amount of energy consumed per person remains broadly flat,” said Stansbury.

Policy mattered, but in some areas “just changes the timing”, he said. “With some things, like electric vehicles, technological change means they’re coming anyway.”

In LGIM’s modelling of a pathway to a world where warming is well within 2°C above pre-industrial levels – the target set out in the 2015 Paris climate accord – the transition would bring profound geopolitical changes.

The asset manager said initial conclusions from its research intimated that the transition would bring “substantial and previously underestimated benefits” to many emerging market countries that currently depended on imported energy and were vulnerable to energy price shocks.

Its research had concluded that, without such policy intervention, the world was on course for warming of up to 4°C above pre-industrial levels. Analysis from other organisations points to a similar outcome.

Sonja Laud, deputy CIO at LGIM, said: “This modelling presents an even clearer economic rationale for co-ordinated policy action and presents a compelling case for long-term investors to act to prepare their portfolios today.”

In an opinion piece in the Financial Times today, Anton Eser, LGIM’s chief investment officer, and Stansbury claimed some investors were sticking their heads in the sand.

“We worry that some players may be hiding behind the dual nature of the energy challenge as an excuse to continue allocating capital in exactly the same way they always have,” they said. “In our view, investors must treat decarbonisation as the primary challenge, while recognising we must not imperil the need to meet the world’s growing demand for energy.”