The UK’s Financial Reporting Council (FRC) has issued updated guidance for auditors signing off on whether or not a business is a going concern.

In a statement, the watchdog said auditors will in future have to meet “significantly stronger requirements” than those required by international standards at present.

The new requirements, which apply only to audits carried out under the UK iteration of International Standard on Auditing 570, Going Concern, spell out that auditors must:

As the situation currently stands, a company’s management must assess whether their business is a going concern and prepare their financial statements on that basis.

In March 2012, in the wake of the 2008 financial crisis, the FRC’s Sharman Panel issued a report in which it noted that the importance of the concept of prudence “remains important in making going concern assessments.”

The Sharman report noted: “Prudence involves weighting downside risks more heavily than upside opportunities. … Therefore, in making such judgements, directors should seek to ensure that the company is solvent and liquid on a prudent basis.” 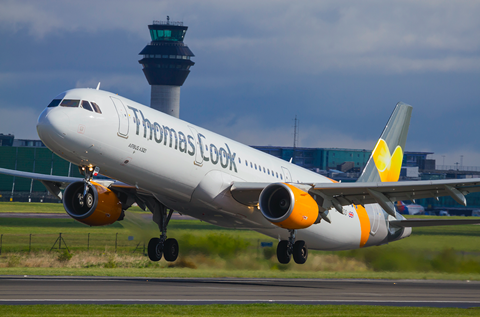 The watchdog said the investigation will focus on the firm’s last set of accounts to 30 September 2018.

The FRC has the power to fine audit firms up to £10m (€11m) where it rules that there were shortcomings with an audit, as well as ban individual accountants from practice.

The FRC has come under substantial political pressure over the Thomas Cook collapse in recent weeks. The business secretary, Andrea Leadsom, has asked the Insolvency Service to investigate the case.

Separately, the UK Parliament’s business select committee has opened its own inquiry into the failure.

Meanwhile, the body responsible for advising the European Union on the suitability of new International Financial Reporting Standards has urged the International Accounting Standards Board to delay the effective date on its new standard dealing with insurance contracts until 1 January 2023.

In addition to raising previously-aired concerns about the new insurance-accounting rule book, EFRAG has also raised a total of six specific technical issues that it argues warrant further consideration by the board.

EFRAG says a one-year delay would in the circumstances be a more “realistic effective date” by which to implement the new standard.

The IASB issued IFRS 17 in May 2017. It is the first standard to address how preparers should account for insurance contract liabilities under international standards.

In June this year, however, in order to make it easier to implement the new standard, the board released an exposure draft proposing to defer the date from which it will apply to 1 January 2022.

The new standard is applicable to any entity that issues insurance contracts that fall within its scope and not just insurers.

The FRC’s new chief executive and chairman have taken up their roles, the regulator announced last week.

They pick up their roles at the audit watchdog as it begins the process of transitioning into a new regulatory authority, dubbed the Audit, Reporting and Governance Authority.

Simon Dingemans said: “I am delighted to be joining the FRC at this critical juncture as we prepare to establish the ARGA with a clear mandate to be a very different and more effective regulator.”