Not only is a new chief executive set take the reins in the new year, but, in common with other institutional investors around the world, in 2017, ATP faces a rarely seen level of political and economic uncertainty that its investment strategy must weather.

“We will stick to the mindset we have had over the past few years, and use what we have developed – that’s still going to be valid,” Lorenzen said in an interview at IPE’s London office, referring to the institution’s current portfolio construction approach. 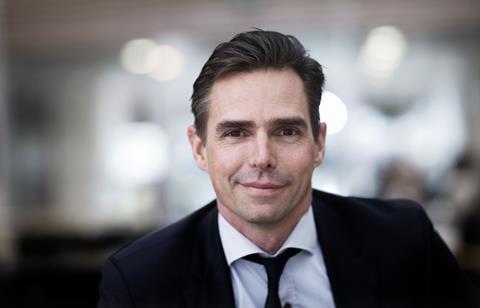 That approach has now had about a year to bed in after it was unveiled to the public at the pension fund’s annual results news conference at the beginning of February – having been up and running for some months before then.

The portfolio is now built from blocks of four risk factors – interest-rate factor, inflation factor, equity factor and other factors – with each investment decomposed into the different risk factors it carries in order to be assessed as part of the overall desired mix.

The method was specifically designed to succeed in all market environments and was in part inspired by the All-Weather Portfolio devised by Ray Dalio and offered as a fund by his hedge-fund firm Bridgewater.

Though ATP has had an ongoing dialogue on multi-asset investing with Bridgewater for more than a decade and talked to the Bridgewater CIOs in the development phase of its risk-factor approach, Lorenzen said the Danish institution’s new multi-factor method owes more to the thinking of investment manager AQR and the academic field of “financial economics” more generally.

For Lorenzen, one of the main achievements of ATP’s new multi-factor investing approach is the ability to cover both liquid and illiquid assets within the same framework.

While liquid managers such as Bridgewater and AQR can restrict themselves to the liquid universe, he points out that ATP cannot.

“So we have the investment strategy and risk-decision processes in place, and it will be interesting to see what the return drivers are from now on, and what is going to work,” Lorenzen said.

“We’ve seen that, during the global financial crisis, ‘cash was king’, and for the past seven years ‘beta has been king’.”

Balanced portfolios performed extremely well in this period, he said, with central banks’ quantitative easing programmes feeding easy credit into the system, and most asset types producing reasonable returns at the same time.

“I find it hard to imagine a similar beta-tailwind going forward, so maybe carry will be king in the years to come,” Lorenzen said, referring to the decomposition of asset returns firstly in terms of price appreciation – or depreciation – and secondly in terms of the carry components of return, come about even at unchanged prices, such as bond coupon and ‘roll-down’ on the yield curve, equity dividend-yield and illiquidity premia.

The pension fund’s house view now is that interest rates – again – will stay lower for longer than previously assumed, he said.

In such an environment, it is possible to generate returns on carry trades alone – borrowing at short-term rates to buy further out along the yield curve where rates are marginally higher, for example.

ATP has been building up its stocks of US Treasuries in recent weeks, having pounced on the opportunity to buy interest-rate risk at better levels that opened up after the shock election of Donald Trump as the next US president in early November.

“The re-pricing of US Treasuries presented a good opportunity for us to rebalance the exposure in our portfolio,” he said.

“If you look at equities, we think there’s a good chance there’s going to be mean reversion,” Lorenzen said.

The third component of carry, he said, is the illiquidity premium.

Some 50% of the assets in ATP’s DKK100bn (€13bn) investment portfolio – which consists of the fund’s bonus reserves, and not the DKK700bn of hedging instruments used to back the fund’s pension guarantees – is now invested in illiquid investments.

Because the jury is still out on what the real return drivers will turn out to be in this new phase of political and economic uncertainty and continuing low interest rates, ATP is keen to keep its powder dry for big opportunities that might arise.

“We’re not going to bet the bank that carry is to be king, and that we are not going to get returns from beta,” he said, adding that a balanced set of factor exposures was the backbone in the investment strategy.

“Particularly in the illiquid space, we want to be in a position to act quickly.”

Certainly, ATP’s investment portfolio has seen some of its highest returns from large private equity and debt investments such as the part-privatisation of DONG Energy, and the stock-market listing of financial payments business Nets.

“It is on the large deals that it’s more likely that we have an edge,” Lorenzen said.

Deals are now coming up, with banks keen to do “balance sheet sharing”.

Given Trump’s rhetorical focus on improving infrastructure in the US, Lorenzen said it would be interesting to see what happened in practice in the new presidency and whether new infrastructure investment opportunities did indeed emerge on a large scale.

“There is so much uncertainty around this, but it’s going to interesting to follow,” he said.

The development of the dollar on foreign exchanges will be a crucial factor for investment in the next phase, he said, because the US has been the main growth market in the current global economic cycle.

“That is going to be diluted because of the dollar, and that’s another reason why rates are likely to stay low for longer,” Lorenzen said.

Doubts around the US currency are making emerging market debt, denominated in dollars, less attractive for ATP.

“I prefer corporate bonds, if there were a repricing,” he said.