Dutch employer organisations want the government to enable workers in hard manual jobs to be able to claim the state pension (AOW) early without a penalty.

In a letter published in financial daily FD, Hans de Boer, chair of VNO-NCW, and Marc Calon, chair of LTO Nederland, suggested that the government should also refrain from charging AOW contributions during the period of early retirement.

The retirement age for the AOW is currently 66 years and four months. The government has already decided that the AOW age is to rise to 67 years and three months in 2022.

The employer chairs said their proposal was meant to entice trade unions back to the negotiation table to discuss pension system reform, after talks between the social partners and the government collapsed at the end of last year.

They were angered by the unions’ announcement of industrial action on 18 March – two days ahead of provincial elections – arguing that strikes would hit employers rather than the government.

“The unions are not only barking up the wrong tree, but are also putting the saw into it,” argued the employers. However, they didn’t dispute raising the retirement age.

In the past, methods for agreeing a definition of hard physical jobs failed as the issue was deemed too complicated by the government.

However, De Boer argued that the Austrian government had shown it was possible by using ‘calories burned’ as a criterion.

He said the country had also made a list of jobs subject to the option of early retirement. The arrangements didn’t automatically apply to people who did predominantly administrative work.

Responding to the employers’ proposal, Tuur Elzinga, trustee at the largest union FNV, said that it was only willing to resume talks if the AOW age was fixed at 66.

Therefore, the employers should target its proposals at the government instead, he said.

Elzinga highlighted the difficulties in compiling a list of hard manual jobs, arguing that, for example, similar efforts in Belgium hadn’t succeeded. 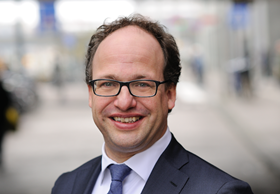 Wouter Koolmees, minister of social affairs, described the employers’ proposals as “interesting”, while highlighting the importance of a joint approach by the parties involved.

Last year, Koolmees said that a solution for workers in hard physical jobs shouldn’t be sought in a definition “as the subject can’t be properly demarcated and would be unmanageable as well as difficult to implement as a consequence”.