Dutch regulator De Nederlandsche Bank (DNB) has criticised the the country’s financial assessment framework (FTK), which it says allows for contribution payments that are too low and benefits that are too high.

In its annual report for 2018, DNB singled out the option of smoothing out premiums based on expected returns and the systematics of recovery plans.

The former means that lower contributions could be paid than the cost of pensions in a given year.

“This would undermine the coverage ratio, and doesn’t address the set certainty target for the pension,” said the watchdog.

It also said recovery plans couldn’t force schemes to improve funding to the required minimum level of 104.3%, resulting in losses being passed on.

DNB attributed this trend to the prescribed recovery period – currently five years – combined with favourable assumptions for future returns, as well as the tendency to ease the recovery rules during economic headwinds.

“As pension fund participants expect certainty, which turns out to be unfeasible, the gap between expectations and reality remains,” DNB said. “Combined with smoothing out contributions and long recovery terms, this also leads to an ‘opaque redistribution’ of benefits.”

Last year, in a discussion with parliament, DNB advocated limiting the smoothing of contributions. In 2017, the regulator criticised high return assumptions used by pension funds in their recovery plans.

DNB’s executive board also rejected proposals – launched by green left-wing party GroenLinks and the party for the elderly 50Plus – to further extend recovery periods in order to avoid cuts to accrued pension rights and benefits. DNB president Klaas Knot said the recovery periods for improving funding to 104.3% had already been “stretched to the maximum”.

It also defended mandatory cuts for pension funds with a coverage ratio between 100% and 104.3%. 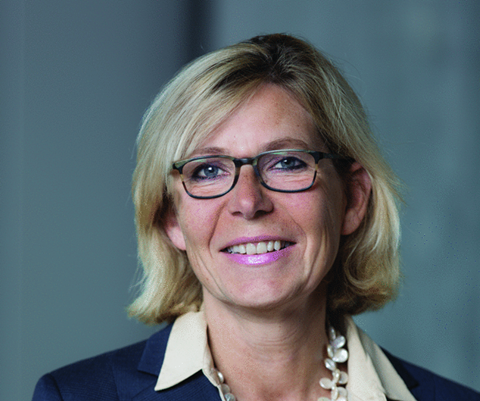 “The minimum required funding level is the consequence of European regulation and biometric risks in the pensions system,” explained Else Bos, supervisory chair at DNB, and a former chief executive of the €215bn asset manager PGGM.

She suggested that reconsidering the minimum required funding level would be possible as part of a wider reform of the Dutch pension system.

The current financial assessment framework was introduced in 2015.

Meanwhile, Knot said the regulator was worried about the fact that pension funds had invested on average 10% of their fixed income holdings into securities rated BB+ or lower. This marked a return to pre-crisis levels of exposure to high-yield debt, he said.

In its annual report, DNB said that, for these kind of loans, “the moment of doubt about repayment in times of economic headwind would come soon”. It cited explicitly leveraged loans to heavily indebted companies.

Knot, however, acknowledged that pension funds had enormous investment portfolios, which implied that they did have some exposure everywhere.