The Actuarial Association of Europe (AAE) has expressed concern that new statistics about pension liabilities in EU member states could be misinterpreted.

The AAE said it welcomed the “Supplementary Table 29” data, but it had concerns that the information could be misinterpreted.

“If these numbers are disclosed without sufficient and proper explanation, they could be misused or misinterpreted by the media and other users, creating an unjustified negative perception of social security systems,” it said.

The association challenged the approach adopted by Eurostat for the disclosures in the table, saying it was meaningful in relation to employer-provided workplace pensions, but did not have “obvious validity” for national social security schemes.

“Just as the accrued liability for pensions in a corporate pension scheme has to be accompanied by an actuarial valuation of the assets and liabilities and an assessment of the required future contribution rate, the Supplementary Table 29 disclosure is of limited value on its own in the context of assessing the financial status of the pension scheme, since it does not provide any information about its financial sustainability,” said the AAE.

According to the association, it would be better to use the approach underlying the cash flow projections used in the EU’s 2018 Ageing Report.

This “open group” approach was much more appropriate for assessing the financial sustainability of public pension systems operated largely on a pay-as-you-go basis, it said.

It also had the advantage of being equally applicable to all the different types of social security systems in the EU.

The AAE advocated the creation of “a solid framework for effective communication and interpretation” of the figures, and said it would liaise with Eurostat on providing technical input about how the treatment of the data could be enhanced.

The comments were part of the AAE’s discussion paper, ‘Meeting the challenge of ageing in the EU’, in which it analysed the findings of the EU’s 2018 Ageing and Pension Adequacy reports.

It said that actuarial modelling approaches and methodologies should be used to project future cash flows and assess the short, medium and long-term impact of pension policies and reforms on adequacy and sustainability of pension system provision in an integrated way.

According to the AAE, this was not being done consistently across the EU at present. 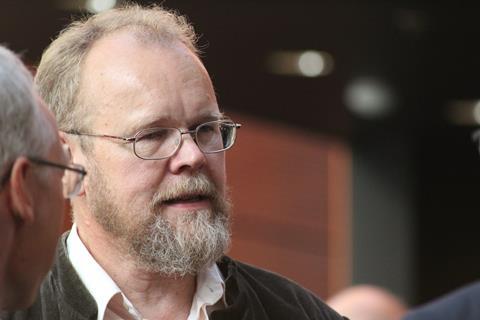 Esko Kivisaari, chairperson of the AAE

It also backed the introduction of “some form of” sustainability factor or automatic adjustment mechanism at retirement age to offset increasing longevity.

The association suggested a statutory requirement for regular actuarial reporting on the finances of social security, which it said could help ensure sustainability of social security pension promises “as it helps to place the political pressures for more generous social security into a firm financial monitoring environment”.

The AAE’s discussion paper can be found here.

AAE chairperson Esko Kivisaari said: “The exact future is uncertain but the trend is fairly certain. Possible future scenarios must be examined in a scientifically sound way. This is the field of actuaries. We can help determine the appropriate methodology to assess the future.”