Geopolitics pose the biggest short- to medium-term risk to the global economy for the majority of pension professionals and consultants, according to a survey.

A fifth were more worried about inflation, while 16% ranked growth rates as the biggest risk and 7% were most concerned about central bank policy.

The survey was carried out last month by PineBridge Investments, a multi-asset manager, during the annual conference of the UK’s pension fund trade body last month. Asset managers were also surveyed.

They also ranked geopolitics as the biggest risk, but they were less sanguine about the risk posed by central bank policy and inflation. One quarter and 11%, respectively, identified these as the biggest threat to the global economy.

Steve Cook, co-head of emerging markets fixed income at Pinebridge Investments, said: “The results surprised me, as I believe geopolitical risk is currently quite low by recent standards. Presumably, respondents are nervous with regard to Korea, Iran, and other potential flashpoints.” 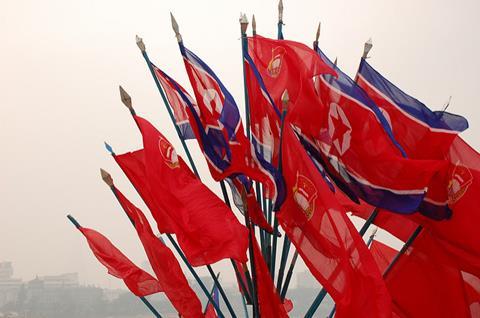 The UK’s pending exit from the European Union and the collapse of coalition talks in Germany may also be upsetting the natural order of things for investors, PineBridge said.

At the start of 2017 geopolitical risk was high on the agenda of many investors, with elections due in France (April/May), the Netherlands (March) and Germany (September). Fears seemed to recede as populist, anti-immigration candidates were defeated, although this week has seen coalition talks in Germany collapse with chancellor Angela Merkel hinting at a return to the polls.

A survey carried out by Allianz Global Investors earlier this year – during April and May – also found that geopolitics was the number one concern for institutional investors, eclipsing fear of rising interest rates or economic slowdown.

Of the 755 investors surveyed from across North America, Europe and Asia, 44% said that geopolitics represented a major risk to investment performance. More than 90% saw event risk as a threat, compared with three-quarters the year before.

Just over a fifth (22%) of respondents to PineBridge’s survey expected global equities to perform best over the next 12 months, and 17% backed emerging market equities.