Denmark’s huge statutory pension fund ATP has confirmed it has no intention of setting up any other foreign pensions businesses in the foreseeable future, after announcing the sale of its ill-fated UK subsidiary NOW: Pensions last week.

However, draft legislation is being discussed in Denmark that could see the DKK785bn (€105bn) pension provider’s incoming contributions rise by up to 40% in a decade’s time, interim CEO Bo Foged told IPE.

Foged – who has been in charge at ATP since Christian Hyldahl quit in November – declined to quantify the loss ATP incurred through NOW: Pensions, which it agreed to sell to Anglo-Dutch consultancy and fiduciary manager Cardano.

The venture capital investment was part of ATP’s investment portfolio, the DKK92bn section earmarked for potential bonuses for members of the ATP Lifelong Pension.

Foged said the loss on the UK pensions venture could not be seen as an isolated case, because it had to be reckoned alongside the many other private equity investments made by the pension fund. 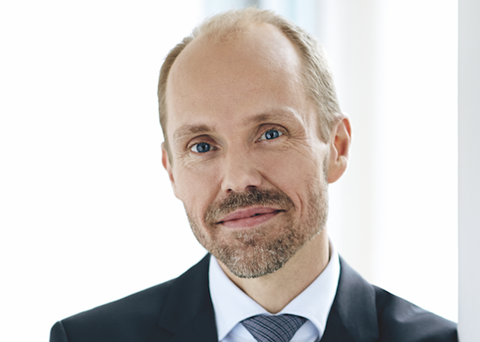 “From our point of view, it has become more complicated to run a pension fund these days”

The interim CEO said ATP would not consider making a similar investment in the near future.

“It’s not part of our current strategic focus to go abroad and run a pension fund. We’re more focused on our home market,” he said.

“From our point of view, it has become more complicated to run a pension fund these days,” he explained. “First of all, we have been going into alternative investments, which are more complicated than investing in, say, listed bonds or equities.

“Secondly, ESG [environmental, social and corporate governance investing] has become much more important, so we are having to do more screening on more ESG factors.

“This all drives complexity so we have had to ask ourselves what to stop doing, and we have identified this investment [NOW: Pensions] as one of these things.”

Big and getting bigger

However, while ATP’s activities are contracting geographically, domestically it could see a considerable expansion in the long term as a result of a plan currently before parliament.

Whereas ATP’s main scheme – the ATP Lifelong Pension – takes in mandatory contributions from working people in Denmark, draft legislation is currently in motion to create a pension scheme for people who receive social welfare benefits.

The new scheme is slated for introduction in 2020, beginning with 0.3% contributions from welfare benefits, and rising to contributions of 3.3% in 2030.

ATP has estimated the new scheme would bring inflows amounting to around 40% of the deposits it currently receives, Foged said.

However, whether the new scheme would actually come into existence was uncertain, he added, as the proposal had to go through multiple consultation phases, and changes in the political landscape were possible in the meantime.