As part of London Climate Action Week, the UK’s capital this week staked a claim as a leading green finance centre with the launch of the Green Finance Institute (GFI) on 2 July.

The institute is an independent, commercially focused organisation initially supported by seed funding from the UK government and the influential City of London Corporation – the municipal governing body of the city. The centre will act as a hub aiming to marshall divergent and often haphazard initiatives in green finance internationally and at home.

On the domestic front, it will achieve this by forming collaborative, mission-led coalitions targeting specific sectors to unlock barriers to deploying green capital – especially in the space between government and the private sector.

“Led by financiers, the GFI will be the principal forum for public and private collaboration in green finance,” Rhian-Mari Thomas, the organisation’s first chief executive, told IPE.

For example, such coalitions could help scale up financial solutions to improving energy efficiency in UK buildings. They could also support and promote green finance education, or promote the climate resilience of UK pension funds in partnership with the UK Sustainable Investment Forum and similar organisations. 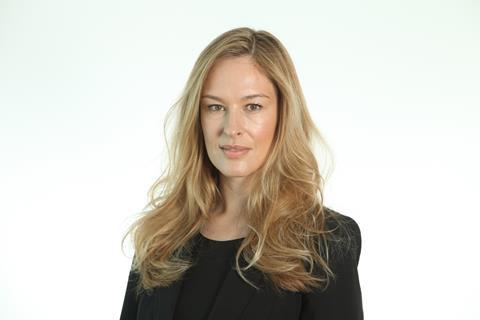 On the international front, Thomas – former head of green banking at Barclays – says the institute aims to drive the global green finance agenda through international dialogue, partnerships and trade using its global expertise.

New financial instruments could be one outcome of its activities. However, Thomas says the institute will also work on products that have thus far played a marginal role.

“We will also work on instruments such as resilience bonds and catastrophe bonds,” she says. “These exist but their use has been limited and could be built up further. The institute will look at what can be done to scale them up.”

The Green Finance Institute originates from an initiative launched by the UK government in September 2017, known as the Green Finance Taskforce. This was chaired by finance expert and former lord mayor of the City of London Sir Roger Gifford. Among the recommendations of the task force was the creation of a “one-stop shop” for all work relating to green finance – from international engagement to green fintech, climate and data science.

“There was an understanding that there needed to be an enduring place for a conversation between the public and private sector on how we green the financial system,” says Ingrid Holmes, head of policy and advocacy at Hermes Investment Management, who also helped develop the initiative.

Stop-start incentives arising from changes of government, alongside financial sector tendency to fragment, have been among the barriers affecting green finance growth and overview, Holmes adds.

Commenting on the potential activities of the institute, Holmes suggests it could focus on one industry to start with. As an example, she says the institute could concentrate on delivering a national network of electric vehicle (EV) charging points.

“You can let a few charging points pop up in a market-led way, or you can organise a structured infrastructure roll out as with gas, telecommunications or high speed broadband networks,” she says. “Government hasn’t arrived yet in terms of understanding what that transition to clean EVs means so the institute is a place for that conversation to happen.”

As the institute launched on 2 July, a narrative of international competition on green finance had become visible. On the same day, the Paris Financial Center – a consortium of French asset managers, private equity firms, bankers and insurance companies – made a joint declaration to Bruno Le Maire, French minister for the economy and finance, on new collective commitments to combat climate change and contribute to achieving net-zero carbon by 2050.