The UK government should adopt and back up with policies a recommendation from its official advisers to set a new target to reduce UK greenhouse gas emissions to net zero by 2050, according to investors.

The recommendation was presented by the UK’s Committee on Climate Change (CCC) in a government-commissioned report last week.

It comes after business leaders and investors dispatched a letter to EU heads of state urging them to endorse a long-term EU decarbonisation strategy for climate neutrality by 2050. Last year more than 400 investors with over €32trn in assets already called for governments around the world to step up measures to limit global warming.

Impax Asset Management, which specialises in investing in the transition to a more sustainable economy, was a signatory of both statements and welcomed the recommendation made by the UK’s CCC.

Lisa Beauvilain, the asset manager’s head of sustainability and ESG, indicated that if the UK government were to implement legislation to meet a target of net zero carbon dioxide emissions by 2050, it would be “providing the direction that investors and businesses need if they are to respond at the pace required”. 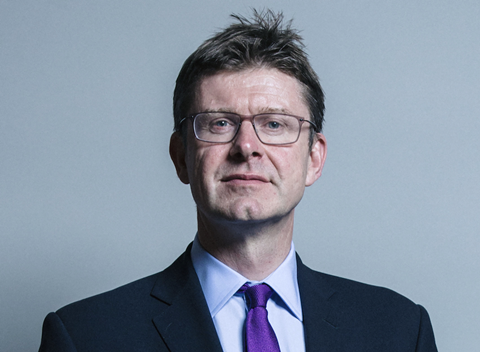 “Policy certainty is needed for businesses to innovate, and for investors to accelerate capital towards a sustainable future,” she added.

DWS was another backer of the appeals, and Murray Birt, senior ESG strategist at the asset manager, also emphasised the importance of stronger policies from governments.

“Specific new policies will serve as a catalyst for the private sector to change their own policies and investment plans to accelerate the shift towards zero-carbon buildings, energy, transport and all other aspects of the economy,” he said.

The CCC said the target should be put into law as soon as possible and policies “ramped up significantly”.

“The committee’s conclusion that the UK can achieve a net-zero GHG [greenhouse gas] target by 2050 and at acceptable cost is entirely contingent on the introduction without delay of clear, stable and well-designed policies across the emitting sectors of the economy,” it said.

“Government must set the direction and provide the urgency.”

Consultancy E3G said that if the UK government adopted the net zero target and started enforcing tight control on carbon offsets it would “set a standard for other countries around the world to match”.

Carina Silberg, head of sustainability at Alecta, said more countries needed to set tough targets and accompany these with ”coherent policy action and plans that allow for a just transition”.

“The complexity of the climate transition is a challenge to us as investors and for the companies we invest in,” she said. “Between the Paris agreement and individual investor or company action we need to see robust national targets and plans for change in order to allocate capital and resources at scale and in an efficient way.”

In a speech on the CCC’s net zero report Greg Clark, the secretary state for business, energy and industrial strategy, said: “We know we must do more – and we will do more.”

The UK Sustainable Investment and Finance Association (UKSIF) also welcomed the CCC’s recommendation, and said the government should not delay releasing its green finance strategy, which was scheduled to be published this spring.

Ben Nelmes, head of public policy at UKSIF, said setting a net zero target for the UK was “clearly the right thing to do”, but achieving it would require “radical and unprecedented changes in all parts of the economy”.

“Ministers must publish an ambitious green finance strategy setting out how they will mobilise billions of pounds of investment in new clean energy, transport, heating and industry, and how they will make sure that people’s investments, savings and pensions are protected from climate-related financial risk,” he said.