Asset owners at IPE’s annual conference were told that refusing to refinance fossil fuel debt was “the number one imperative” if global greenhouse gas emissions are to reach net-zero by 2050.

Andreas Hoepner, professor at University College Dublin and an independent member of the technical expert group advising the European Commission on sustainable finance, said the fate of this net-zero goal would be decided in the corporate fixed income market.

“In fixed income no responsible investor should anymore refinance any oil and gas because when you do that you directly contribute to the climate crisis getting worse,” he said.

In equities, the recommendation was not necessarily divestment but “a significant degree of engagement,” with a focus with regard to oil and gas companies on numbers that are “meaningful and difficult to greenwash”.

The key metric to “nail them down on”, according to Hoepner, is their capital expenditure on green versus environmentally unfriendly activities. 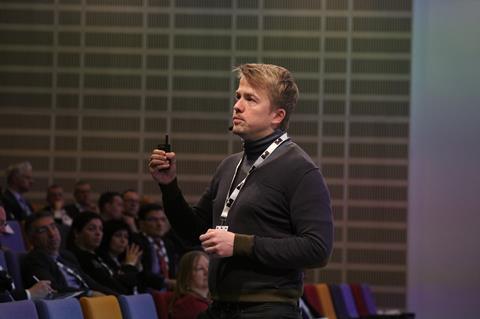 “Not a single oil and gas company discloses that number [in their financial accounts],” he claimed. “They make media statements but they never disclose the green capex from last year in official audited accounts.”

Knut Kjaer, a member of APG’s supervisory board and founding CEO of Norway’s sovereign wealth fund, recently said investors could have more of an impact on fossil fuel-intensive companies through the debt markets than through equity markets.

“Every time there is a lack of enthusiasm to buy that bond, it will affect cash flow and how [the companies] make investment decisions,” said Kjaer.

Some investors and campaigners are in favour of bondholders using their leverage to engage with companies.

More specifically on the topic of achieving net-zero emissions by 2050, Hoepner said this required a reduction in greenhouse gas emissions intensity of, on average, 7% every year.

This is one of the necessary features of two categories of EU climate benchmarks that will be officially available for use from the beginning of May 2020 – EU Climate Transition Benchmarks and EU Paris-Aligned Benchmarks.

The “diet” of at least 7% emissions was backed by a United Nations report last week, Hoepner noted. According to the UN’s 2019 Emissions Gap report, emissions need to be reduced by 7.6% every year from 2020 to 2030 to avoid “miss[ing] a closing moment in history to limit global warming to 1.5°C”.

Hoepner said the 7% emissions reduction that was needed represented a “fundamental change” compared with existing low carbon investment strategies, as these were less relatively less emissions-intensive than the benchmark but not “absolutely sustainable”.

Global greenhouse gas emissions have increased since the Paris Agreement, not decreased, so in a low carbon benchmark emissions increased, too, just in smaller total amounts.

Climate transition investing, in contrast to low carbon investing, was about an “absolutely sustainable” strategy pursuing decarbonisation to net zero by 2050, said Hoepner.

Sixteen asset owners – pension investors and insurance companies – have committed to gradually reducing the overall emissions in their portfolio to be aligned with the Paris Agreement’s 1.5°C ambition in the context of a new investor grouping, the Net-Zero Asset Owner Alliance. The coalition emphasises company engagement as a means of implementation.

Finnish pension insurance company recently announced it is aiming for a carbon-neutral investment portfolio by 2035.