About a dozen years ago, Vincent Reinhart, chief economist at Standish Mellon, wrote a couple of papers with former US Federal Reserve chairman Ben Bernanke on unconventional monetary policy.

Unfortunately, he tells me, they neglected to put two sections: On risks to the policy, and how to exit the policy. Reinhart now regrets that.

The European Central Bank (ECB) has signalled its intention to gradually withdraw its version of the unconventional monetary policy of quantitative easing (QE) – but it is still not clear when it will disappear completely.

The hope is that the impact of what has been dubbed ‘quantitative tightening’ will not be a mirror image of quantitative easing. The effect on markets should be asymmetric. The basic argument, at least from the US perspective, is that QE operations have had less and less of an effect on market as each phase was introduced.

The argument that Reinhart puts forward is that, when a central bank intervenes in markets at a time of crisis, it’s a big player. A crisis by definition is a withdrawal of capital from trading: people are risk averse, they are uncertain, they don’t have a strong conviction about where the crisis is heading for.

Essentially the central bank is leaning against an open door. As markets improve, people get more confident and capital comes back. There is more incipient trading and arbitrage across markets, and the central banks have less of an effect. Presumably central banks don’t start unwinding those policies until they are confident that markets have healed completely – and therefore the unwinding should have even less effect. 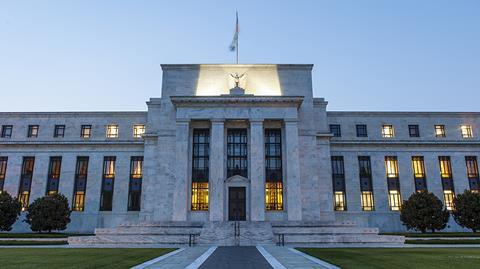 Fed and ECB officials are banking on the fact that they have announced QE reductions well in advance. They have indicated their intention to reduce by incremental amounts dependent on economic and financial conditions as necessary. They hope that, unlike the 2013 ‘taper tantrum’, the effects will be inconsequential.

Ascertaining whether QE has been a successful experiment is not easy. As Reinhart says, it is extremely hard to separate how much QE matters because of portfolio effects, and how much it matters because of the signal. If a central bank buys bonds it is telling the world it will keep rates low for a very long time.

The signal is more usually important, except for markets such as mortgage-backed securities, in which QE purchases matter for the Fed because it is buying so much of the new flow production. What is clear is that central bank purchases have impacted secondary market liquidity in a detrimental manner.

This is an unfortunate fact of central banking, admits Reinhart. Because central banks have to work with financial markets to provide policy accommodation, they have to make the wealthy wealthier. Pushing rates lower creates capital gains and supports the equity markets.

In the US, equity holdings are very concentrated. It is clear that in terms of both wealth equality and income equality, unconventional policy has worsened the trend of rising inequality in developed nations.

Clearly, there are also lots of other things going on, such as globalisation and the pattern of technological progress. However, the political populism that we have seen rising throughout Europe and the US may be an unwanted side effect of QE – to an extent that academics will likely argue over for years.

Reverting to a more ‘normal’ (and less confrontational) political environment may prove to be one of the most difficult outcomes of QE to reverse. The idea of independent central banks conducting monetary policy by experiment may also have shown its limitations.