In its annual report for 2018, the pension fund said that the water, hygiene and energy firm preferred a single-client compartment in an APF, although it has yet to select a provider.

Ecolab’s pension fund has 200 active participants and 150 pensioners. It was closed in 2015 and has a coverage ratio of approximately 110%.

Ronald Hagoort, the scheme’s chairman, said the pension fund had advised the sponsor to convert one of the scheme’s two pension plans into a harmonised average salary plan.

“Currently, we have both final and average salary arrangements, but an APF can’t accommodate us this way,” he said.

The pension fund took on the final salary plan at the start of this year, when an insurance contract with NN for staff of Ecolab’s subsidiary Nalco expired. At the time, the Ecolab scheme agreed to implement final salary arrangements for no more than two years.

The annual report said a transition to an APF would not take place before 2020, and that it wasn’t certain yet whether the assets were sufficient for an exclusive individual compartment at an APF.

Ecolab’s pension fund carries out its administration in-house, while its assets are managed by BMO and State Street.

Recently, pension funds including Owase, Randstad, Sligro and Scildon announced plans to transfer to APFs, a form of pension consolidation vehicle rapidly gaining in popularity in the Netherlands. The ANWB and Invista pension schemes are also considering switching to an APF.

The age at which Dutch workers retire increased to 65 on average last year, according to Statistics Netherlands (CBS).

Since 2007, the retirement age started to increase following regulatory and legal changes to encourage employees to work for longer. 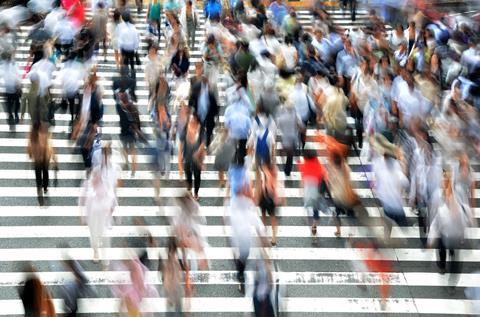 CBS said the increase of the official retirement age for the state pension (AOW) since 2013 had also contributed to later retirement. As of 2018, the AOW age had risen to 66, up from 65 since its introduction in 1957.

As a consequence of the measures to discourage early retirement, increase labour participation by women and address the ageing Dutch population, the number of employees of over 55 had almost doubled since 2006, CBS reported.

In this period, the number of workers aged between 60 and 65 increased fourfold, while the number of people aged over 65 that were still working rose from 9,000 to 81,000.

The retirement age was the highest among employees in the service provision and agriculture sectors, with people retiring at 66 years and six months on average.

Recently, the Dutch government decided to slow down a planned rise of the AOW age as part of a pensions agreement with trade unions and employers. The current AOW age of 66 and four months is to be frozen for two more years, and the target age of 67 will be reached in 2024.