Denmark’s ATP has unveiled a major change to the population-wide supplementary labour-market pension it provides, tempering future pension guarantees in the savings phase in order to achieve higher returns.

The new product, devised to solve the problem of persistent low yields on government bonds and similar instruments which ATP uses to back guarantees, is described as an “annuity with market exposure” as opposed to today’s simple annuity product.

In a statement this morning, the DKK936bn (€126bn) statutory pension fund said: “Falling and low interest rates have been a reality in recent years, and all indications are that low interest rates will apply for several years to come.

“This challenges ATP’s ability to continue to deliver relevant, lifelong and guaranteed pensions,” the institution said.

According to the plan detailed at a media briefing by ATP this morning, and outlined in a draft reform of the ATP Act released on Friday afternoon, the 80% portion of contributions to ATP’s Lifelong Pension product that are currently directed into a guaranteed pension will be whittled down to 60% – with 20% in future being made as a “market contribution”.

This new market contribution will be invested by ATP in a newly-created collective, diversified portfolio of assets which is to include equities and illiquid assets such as infrastructure and real estate, according to ATP.

Meanwhile, the 20% of contributions which is currently directed into ATP’s bonus potential – and invested in the leveraged absolute-return investment portfolio – will also be a feature of the proposed new product.

The changes will apply for new contributions only, according to the plan.

ATP stressed that its product will continue to be a guaranteed one.

“The changed hedging strategy has no significance for the maintenance of interest-rate hedging, which contributes to ATP having a high probability of being able to live up to its guarantees,” the fund stated in a presentation slide. 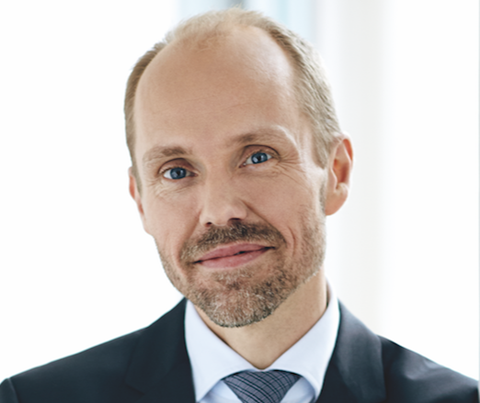 Bo Foged, ATP’s chief executive officer, told journalists: “Sticking with the status quo is not an option. Because if anything is certain, it is that if we don’t do something, we will end up with lower pensions, and according to the law, we are obliged to work to safeguard them.”

The reform proposal is now out for consultation and is expected to be approved by parliament later this year.

ATP said under the new business model, pensions will still be annuities and will be guaranteed from the point at which they are in payment, and in addition, the new product will include a lifecycle element, with guarantees being phased in during the last 15 years before retirement.

The Hillerød-based pension fund showed graphs demonstrating that younger savers stood to gain from the switch in terms of increased future investment returns.

ATP said it estimated the new business plan would increase returns over the next 30 years by DKK190bn compared to the current scenario.

ATP chair Torben Andersen said the pension fund had been working on the new business model since 2018. The currrent set up has come in for criticism from some academics in the last few years.