Two of the three executive directors of Dutch pension asset manager Blue Sky Group were hit by burn-outs in 2021. Chief investment officer Jack Jonk left the firm in May, while Orpa Bisschop, responsible for finance and risk, is currently on sick leave.

Blue Sky Group declined to elaborate on the reasons behind the absence of the two directors due to privacy concerns.

It’s therefore not clear whether Bisschop’s sick leave can be linked to the data leak that hit Blue Sky Group in August 2021. Due to her absence, Bisschop was not able to sign Blue Sky Group’s annual report for 2021 either.

Former CIO Jonk said that his move to the Blue Sky Group holding two years ago in the end proved too much.

“When I became CIO five years ago I had a nice balance in my job between investing, management and involvement with clients. But when I entered the executive board two years ago, my job became more strategic in nature. 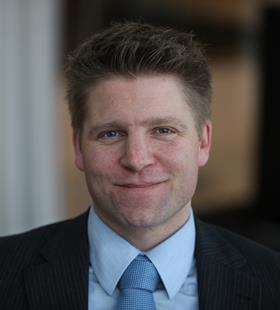 “As a result the distance to clients and the investment process increased, which affected my job satisfaction. My responsibilities also increased, and so did my workload,” he said.

As a result, Jonk suffered a burn-out and had to take leave from work. He added: “During that time, I concluded that my heart is with investing and that I shouldn’t return to my executive position. In May I had a very nice farewell.”

Jonk said he is looking for a job where he can once more focus on investing, management and contact with clients. He is also open for non-executive roles with pension funds, he added. It’s not yet clear who will succeed Jonk as executive director for Blue Sky Group.