EU database among Delbecque ideas for PEPP-boosting action on tax

The European Commission or EIOPA should create a database highlighting the tax treatment applied to the Pan-European Personal Pension Product (PEPP) in each EU country, according to Bernard Delbecque, senior director for economics and research at Efama.

The database could also capture all the requirements that would need to be fulfilled to get access to tax incentives, he said.

IPE spoke to Delbecque about comments he shared with the publication following a recent PEPP-focussed panel discussion organised by Luxembourg for Finance, a public-private partnership between the Luxembourg government and financial industry federation. Delbecque was one of the panellists, alongside a speaker each from BlackRock and Amundi.

From March 2022, a range of providers – insurers, banks, pension funds and asset managers – will be able to offer a PEPP, which is intended as an optional additional retirement savings tool for EU citizens.

However, Efama has warned that a 1% fee cap – introduced at the very end of negotiations at the request of the European Parliament – on the so-called Basic PEPP will prevent most, if not all, potential providers from developing a viable business model for the PEPP.

It is particularly concerned about the fee cap because it has to cover the cost of personalised one-off initial advice, which is required under the PEPP regulation.

Delbecque described the fee cap as the PEPP’s “Achille’s heel” and said that because of it he didn’t expect many PEPPs to be offered next year. This would have to wait until the first review of the fee cap, he said.

If this problem can be solved, Delbecque is convinced that the PEPP “has a bright future ahead because it is a pension product that meets the needs of EU citizens today, especially in the very low interest rate environment which is likely to stay with us for a long time”. 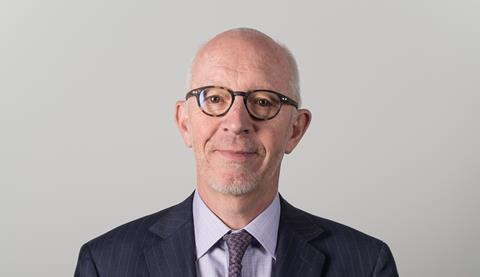 “You have the 1% fee cap, but this will not be enough to convince consumers to save into a PEPP”

Bernard Delbecque, senior director for economics and research at Efama

In the meantime, he said the focus is now on national tax rules and reporting requirements, as differences between countries will create difficulties for the cross-border distribution of the PEPP.

Creating a central EU database of tax rules in member states would be one helpful step, according to Delbecque, as it would avoid potential PEPP providers having to collect the information on their own and therefore reduce the cost of the PEPP and open the market to small providers.

He also told IPE he wanted to issue a “wake-up call” to point out that if national policymakers did not ensure the PEPP is given the most favourable tax treatment available to their national pension products, “it’s a dead product”.

He issued a message for the members of the European Parliament and the organisations representing the interests of European savers.

“You have the 1% fee cap, but this will not be enough to convince consumers to save into a PEPP,” he said.

“If you really want that savers benefit from the PEPP, you should convince the competent authorities at national level to grant the same tax benefit to the PEPP as is granted to national personal pension products.”

He told IPE this wasn’t about upping the bill for member states, but “encouraging savings to be redirected from existing costly low return personal products to the PEPP”.

Delbecque also appealed to service providers to leverage their experience in the UCITS market to start developing solutions to help potential PEPP providers deal with the taxation of the product on a cross-border basis in a cost efficient way.

He added that a TEE (taxed-exempt-exempt) regime applied uniformly across Europe would be the best solution, as there would be no operational requirement to perform any specific tax work for the PEPP.

“This would very much increase the likelihood that the PEPP could become a truly portable pension product,” he said.

EIOPA is currently carrying out a survey to understand the potential take-up of the PEPP by eligible providers. Delbecque is also chair of the EIOPA occupational pension stakeholder group.