The UK Financial Reporting Council (FRC) is on track to relaunch as the Audit, Reporting and Governance Authority as soon as the second quarter of 2023, the watchdog’s regulatory standards chief has revealed.

“Our assumption has been that ARGA will commence in April 2023.” Mark Babington said during a webcast event last week.

“We are focused on transforming the FRC into a fit-for-purpose and strong regulator that is able to act in the public interest,” he added.

Babington explained that much work still needs to be done in order to complete the transition, including engagement stakeholders. He added that the roll-out of the new ARGA’s operations were likely to be phased in as opposed to a big-bang approach.

The decision to reform the FRC as a brand new audit and corporate governance authority follows Sir John Kingman’s December 2018 review into the watchdog’s future. That review recommended putting the FRC’s functions on a formal footing with full parliamentary oversight.

The transition into the ARGA comes at a busy time for the FRC and its successor with the government having recently completed a lengthy consultation on its white paper ’Restoring trust in audit and corporate governance’.

Those government reform proposals, Babington said, “are about improving transparency”.

Among the options floated in the white paper are requirements for companies to prepare a resilience statement and a statement on the legality of dividends.

The government also wants to see increased assurance through greater focus on internal controls and the way in which companies are run, he added, while also increasing accountability for directors.

These proposals also come, however, at a time of an explosion in non-financial reporting – particularly in the ESG space. These additional reporting requirements are “driving a significant growth in reporting demands,” Babington explained.

They also accompany new requirements from other regulators such as the Financial Conduct Authority (FCA), which has already put in place requirements covering the Taskforce on Climate-related Financial Disclosures.

The government also plans to lay regulations next month to put that requirement on a wider pool of companies. 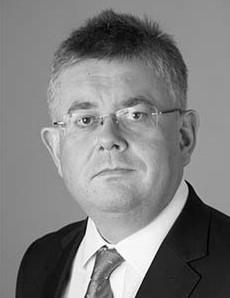 In addition, discussions are ongoing about the so-called EU taxonomy with the European Commision tipped to publish reform proposals in November.

Although the UK has now left the European Union, those actions by the Commission are expected to drive international practice in the area, as will the COP26 roadmap and follow-up actions.

Specifically on the risk of information overload, Babington said: “We’ve got a strategic report. It needs to be strategic. It can’t just be a repository of ever more information.

“So, while it is right that users see more and better understand the impact of a business on the environment, that information needs to be presented in an accessible way.”

Meanwhile, Josephine Jackson, the FRC lead on audit and assurance policy team, as well the chair of the watchdog’s ESG climate group, noted there was a growing demand for audit-based assurance in ESG reporting.

She said: “If ESG is actually going to work (…) then it really needs to be aligned and better connected.”

Jackson also acknowledged calls for greater regulatory coherence across these diverse reporting mandates, as well as for a reduction of overlap.

“In addition to criticism of today’s disparate sustainability reporting framework, critics also question whether the information “being provided to investors is sufficiently meaningful for them to drive Investments into green projects and activities,” she added.

Jackson added that the FRC was committed to the global goal embodied in the push to set up the International Sustainability Standards Board.

Other potential workstreams namechecked during the webcast include:

An archive of the 17 September webcast is available online.