Ensuring a balanced transition to the new defined contribution (DC) pensions contract, that will result in an outcome that’s acceptable to all generations, will be the most difficult challenge for the new pensions agreement, the Netherlands’ social affairs minister Wouter Koolmees said.

In a live webinar (in Dutch) during which he answered questions of readers of Dutch publication Pensioen Pro, Koolmees acknowledged the precarious financial position of many pension funds in the Netherlands – many of which have coverage ratios below or close to 90% – that will make the upcoming transition from defined benefit to DC plans “a complex affair”.

If pension schemes’ funding ratios are still below 100% at the moment of transition, they will have no choice but to cut pension rights. Koolmees vowed to do everything in his power to ensure “transparency” in pension funds’ decision-making.

Under the new pension law, which is yet to be drafted, pension funds will be required to ensure a “balanced” transition that takes into account the interests of all scheme members.

“For sure, there will be serious discussions about the valuation of pension rights during the transition,” he said.

The fact that parliamentary elections are coming up in March next year only complicates matters further. 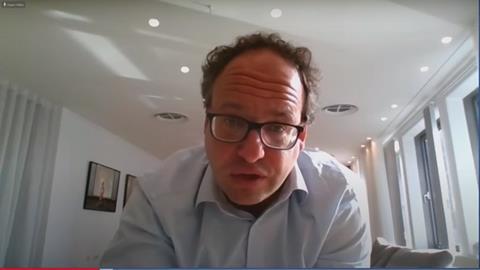 Another contentious topic is the question of whether pensioners will have the opportunity to object against the eventual decision by their pension fund on how to convert their pension rights from DB to DC.

The minister is of the opinion that cutting pension rights is possible in the public interest, provided the individual is not disproportionately burdened by the reduction.

Pension funds’ accountability bodies will get a central role in this strengthened right of appeal, but the minister added the relevant legislation is currently being developed.

Responding to a questions by a pensioner, Koolmees could not give a definite answer on whether pension funds’ accountability bodies will also get a “right of rejection” in addition to their “strengthened right of appeal”.