A key element of the reform of Sweden’s first-pillar premium pension system has moved closer to completion with the publication yesterday of draft legislation to radically overhaul the way the system’s default option works.

AP7, the largest of Sweden’s national AP pension funds, is to have its asset allocation freedom broadened to include illiquid assets alongside its current equity-bond mix, according to the new legislative proposal published by the Ministry of Finance.

The draft law, which is based on the officially-commissioned report by pensions expert Mats Langensjö, proposes an overall target for the default option of minimising the risk of low pension outcomes, while maximising the conditions for good pension outcomes.

The premium pension is the defined contribution (DC) portion of the general or state pension, where Swedes are given options on how their savings are invested and managed.

They can chose from privately-run funds listed on the funds marketplace platform (fondtorget) or use the default option – the balanced Såfa lifecycle fund operated by the SEK460bn (€43.6bn) AP7.

Whereas Langensjö’s report envisaged last summer that the amendments would take effect on 1 January 2021, yesterday’s draft sets a later implementation date of 1 April 2021.

The draft, entitled “The default option within the premium pension” (Förvalsalternativet inom premiepensionen) and numbered Fi2020/00584/FPM, is now out for consultation until 18 May. 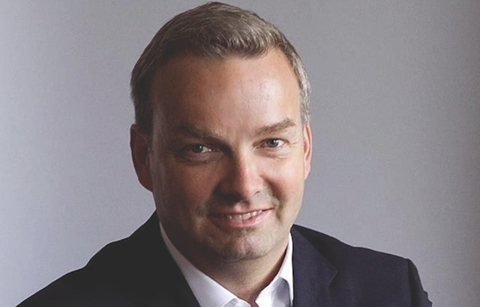 The draft law, which is based on the officially-commissioned report by pensions expert Mats Langensjö, proposes an overall target for the default option of minimising the risk of low pension outcomes, while maximising the conditions for good pension outcomes

Based on the overall target for the fund, it also proposes AP7’s board establishes more detailed financial goals and directions, which should be continuously reviewed and revised if necessary.

Now a generational fund portfolio with assets distributed between sub-funds according to the age of the pension saver, in future the default offering is to consist of a savings portfolio and a payment solution, as per the draft.

In the savings phase, investment risk is to be generally high, it said, within a diversified growth portfolio.

AP7’s investment rules for the management of the default savings portfolio will change to broadly match those of the big four buffer funds which back the income pension component of the state pension – AP1-4, the draft stated.

Rather than offering daily trading and valuation, the reformed fund will reduce this frequency to at least once a month.

The pension payout product to be offered by AP7 under the new proposal is to differ from the current method, with the risk level during the payout phase being focused on income planning, according to the draft, which said this usually involves lower investment risk.

The current traditional insurance managed by the Swedish Pensions Agency is to be the payment method for the default option, according to the proposal, although savers with funds invested in the default savings option could request their premium pension be withdrawn through unit-linked insurance.

Separately, AP7 itself has resisted proposed restrictions which are to be put on the new role it is to play within the administration of the premium pension system’s funds marketplace.

Responding to this other consultation launched in November on reforms to the platform – which has been blighted by rogue players – AP7 said it broadly approved of the ideas for change but rejected some details.

“The transition to a procured funds marketplace and the introduction of clear and well-developed choice architecture means that to a greater extent than today, the premium pension system’s design will be based on the needs of pension savers,” the Stockholm-based fund wrote.

The fund – which is to take on new tasks and become the “Authority for the Premium Pension Fund Management” in the reform – said steps needed to be taken to ensure the system could continue to attract people with relevant knowledge and experience to the new authority’s board of directors.

On the topic of minimum sustainability requirements for funds on the new procured platform, AP7 said these should be based on principles such as the United Nations Global Compact, and not on – as the proposal was worded – “international agreements that Sweden has entered into and that relate to sustainability issues”.

In another response to this consultation, the Swedish regulator Finansinspektionen has advocated slashing the number of funds on the funds marketplace platform to just 15-20 funds.

When special investigator Mikael Westberg set out proposals for this second phase of the premium pension system’s reform – transforming the funds marketplace to one which only includes funds specifically procured by the new authority, rather than allowing all those meeting certain criteria – he suggested the new platform might contain between 150 and 200 funds.

There are currently around 500 funds on offer to savers via the premium pension funds marketplace.