Swiss pension funds are keen to engage with investee companies to drive positive and real changes, as they consider divestments less effective to make a mark on environmental, social and corporate governance (ESG) themes.

Publica, for example, exercises its voting rights and engagement as part of an active ownership pillar in its responsible investments policy.

“In our view engagement is a compelling strategy to induce positive ESG change as it allows us to address the specific ESG issues of a single company as well as industry-wide challenges directly with the invested companies,” Manuela Guillebeau, specialist in sustainability for asset management at Publica, told IPE.

“There seems to be empirical evidence that shareholder engagement leads to ESG improvements at companies and to higher risk-adjusted returns,” she added.

Engagement represents an essential part of the sustainability strategy at the pension fund for Swiss federal railways PK SBB, and the impact resulting from the dialogue with investee companies is rated high.

Monika Lüthi, who is responsible for sustainability at SBB PK, explained to IPE that the pension fund chooses to engage with companies it owns to communicate its ESG expectations.

“So we not only increase awareness of sustainability issues, but can also have a positive impact, […] for efficiency reasons we have decided to act together as a group of several investors,” she said, adding that alliances of investors are usually given more attention due to the higher stake.

Setting “clear and actionable” ESG goals that a company has to meet during an engagement period is another element that can lead to a profitable dialogue over time, she added.

For Nest Sammelstiftung the first step in engagement, a process useful to improve sustainability at companies over a longer period of time, is to establish and cement the dialogue.

“If the engagement is successful, companies take measures based on it and implement the measures. This process takes time and perseverance,” Ulla Enne, Nest’s head of responsible investing and investment operations, told IPE.

To make a stronger impact, investors can join forces in engagement pools, and together the chances of success in a dialogue with the invested companies are higher because of the combined weight, she said.

“Globally, active large corporations can get negative headlines, so-called sustainability controversies. Other interest groups, for example NGOs, civil society, media, are also involved in bringing the issues to the public in order to increase the pressure on companies. All parties need to work together in order to get companies to change their behaviour in the long term,” Enne said.

“As a result, we are not invested in very ‘problematic’ sectors such as fossil fuels. Engagement takes place with the investable companies so that they remain sustainable and eligible to invest,” Enne said. 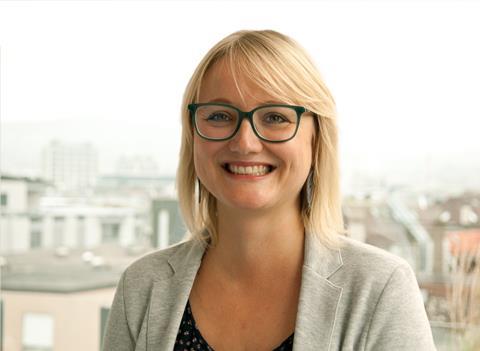 In listed equities Nest is also a member of engagement pools addressing companies that are not yet considered a target for investments but that could become so in the future.

“In private markets, we screen the portfolio on an annual basis for sustainability controversies and confront the responsible investment manager in case of incidents,” she said.

SBB and Publica are founding members of the Swiss association for responsible investments SVVK-ASIR alongside Compenswiss, the pension fund of the canton of Zurich BVK, comPlan, the pension fund for the postal service, and Suva.

The engagement dialogue at SVVK-ASIR spans a period of two to four years and “if there is no progress for 12 months, the responsible investment committee (RIC) discusses the engagement case and may issue a ’last cal’ to the company,” Guillebeau said.

“If the communicated deadline passes without a valid response from the company, SVVK-ASIR will recommend the company for exclusion,” she added.

Real changes on ESG after a period of engagement with companies are happening. For example, in the steel and cement sector, SVVK and partner Sustainalytics held talks with investee companies over the past three years with the aim to induce them to report more transparently on climate risks and to show their plan aligns with the Paris Agreement and its 1.5°C target, Lüthi said.

As a result, the disclosure of climate risks and strategies has become significantly more transparent after the engagement, and some companies have set ambitious climate targets – for example, Heidelberg Cement and Holcim – and a number of Asian companies have committed to net zero by 2060, she added.

The performance of the companies has improved on average 30% on the five key indicators – disclosure, net zero target, innovation, physical risks and water risks. 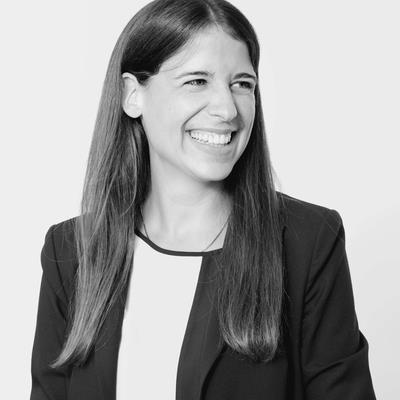 Manuela Guillebeau, Publica: “The reporting has become much more transparent”

“The reporting has become much more transparent, which is also reflected in the ratings awarded by the Carbon Disclosure Project [and..] almost all companies have set interim targets for 2030, an important step for their net-zero commitments,” Guillebeau added.

Nest claims that in the long term the average sustainability rating of its equity portfolio, and also of the corresponding market index, slowly improves.

“Some years it increases, in others it remains constant, but it has never deteriorated, so far. This could mean that companies are increasingly aware of sustainability issues and of engagement and that they are adapting,” Enne said.

She cited, as an example in public Swiss equities, the approach Nest had towards drugmaker Lonza, combining selection and engagement.

Last year Lonza’s status changed from investable to non-investable based on Nest-specific sustainability rating and “we immediately divested our stake,” Enne recalls.

A gas leak at Lonza’s Visp plant in early 2020 – which claimed the life of one worker – triggered an engagement process, and because of insufficient and slow response by Lonza, the sustainability rating was downgraded.

“As a result, Lonza’s sustainability rating fell below the investable threshold, which is why we sold our position in Lonza. There is an incentive for the company to resolve the controversy to be ’investable’ again,” Enne said.

Nest’s strict selective approach means that there is rarely a need for a divestment. However, the timing depends on the asset class, Enne said.

“If a pension fund divests its position in a company, it loses its voice and can no longer contribute to the solution of the initial problem,” Guillebeau said.

Therefore, Publica believes that its members, but also “the people concerned and the planet as such”, benefit more when it remains invested in companies and encourages them to move towards more responsible business practices, she said, adding that exclusion and subsequent divestment is only considered as a last resort.

Publica, however, excludes controversial weapons and coal companies from investments, without further engaging with them, as they are most likely not willing or able to change their primary business models.

For SBB PK, exclusion has more of a signalling effect that only offers an indirect incentive for companies to improve on ESG practices.

“If we remain invested, we have the opportunity to have an impact on the company through dialogue. The situation is different if a company is not willing to enter into a dialogue with us [and] these companies are excluded [from investments],” Lüthi said.