The new UK chancellor, Kwasi Kwarteng, announced today a set of measures that amount to the biggest cut in taxes – estimated at £45bn (€51.5bn) – in a single statement since the 1970s, promising to unlock billions of pounds of investment for defined contribution (DC) pension schemes.

He plans to bring forward draft regulations to reform the pensions regulatory charge cap – which is designed to ensure members get value for money from their pension scheme, and currently prevents DC schemes from applying annual charges of more than 0.75% on a member’s pot.

This would give DC pension schemes the clarity and flexibility to invest in the UK’s most innovative businesses and productive assets creating opportunities to deliver higher returns for savers.

Investment managers have been in support of the government’s ambition to boost long-term growth and international competitiveness, and to help businesses and savers weather the difficult economic environment.

The government will also introducing the Long-Term Investment for Technology & Science (LIFTS) competition, providing up to £500m to support new funds designed to catalyse investment from pensions schemes and other investors into the UK’s pioneering science and technology businesses. This will unlock billions of pounds of additional investment into UK scale-ups over time.

“These measures will help our highest-potential, innovative businesses accelerate their growth while allowing UK savers to benefit from higher potential returns,” the report stated.

“Measures which unlock new investment opportunities help provide for the financial futures of UK households, as well as offering additional investment for UK businesses and the broader economy. We specifically welcome the pensions charge cap reforms, which will enable investment into a wider range of assets, such as infrastructure projects and property. Initiatives to boost investment in science and technology firms will also help support innovation and growth,” said Chris Cummings, chief executive officer of the Investment Association.

Chris Inman, partner and head of DC investment advisory at Aon, however, believes there are other issues that need to be dealt with.

He said: ”While we agree in principle with the removal of performance fees from the charge cap for DC schemes, there remain a number of hurdles to overcome before DC savers can benefit from investing at scale in private markets.”

He said that firstly many life-insured and investment platforms will have to make significant developments to their liquidity management policies/systems and governance teams so that they are able to launch these funds and then ‘manage’ cashflows.

In addition, Inman said, given the historic focus on costs, “trustees and other decision makers may be nervous to be the ‘first movers’ in this area, especially as the fees they publish may come under scrutiny”.

Finally, fund managers will need confidence that there will be investments at sufficient scale from DC schemes to commit resources to develop and launch new funds that provide access to alternative assets, he added.

Phil Brown, director of policy at B&CE, provider of The People’s Pension, said: “Reforms to the charge cap do not alter the fact that trustees control how pension schemes invest. Exempting performance fees from the cap shifts responsibility for getting value from investments back to trustees.

“Furthermore, the commercial reality is that employers buying pensions for their staff expect workplace pension charges to be well below the charge cap. That is a much bigger barrier to schemes increasing charges to pay for more sophisticated investment approaches than any piece of regulation.”

Stephen Budge, partner at LCP, welcomed the progress being made, making it easier for DC pension savers and pension funds to access illiquid asset classes, however, he is not convinced these steps will necessarily “open the flood gates on their own”.

“This now falls to the industry to work together to resolve the remaining concerns around fairness on members, establishing the products to better fit DC members’ needs and delivering a real net benefit for members,” he said. 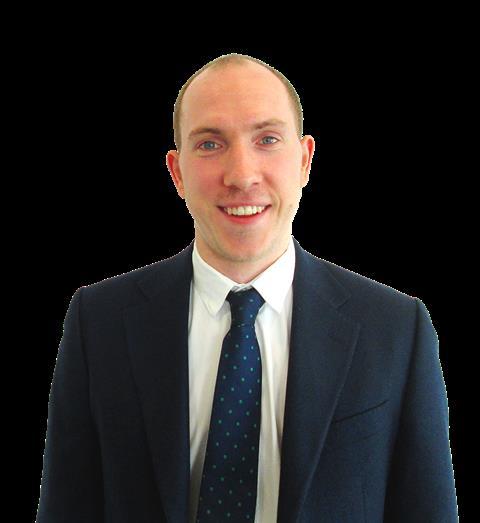 Callum Stewart, head of DC investment at Hymans Robertson, remains concerned that at a time of further worry for many, comments around charge cap are merely covering up the worries of many.

“Within the industry, we are afraid that pensions savings will be the first thing to be cut for many, leading to an ever increasing number of pensioners and future pensioners heading into pensioner poverty. Tinkering around the edges won’t address these big issues.”

Hymans would advocate a material overhaul of the auto-enrolment legislation, with much more done to encourage individuals to forward plan and invest in their pensions and enable them to do so when their position improves, Stweart said.

”We also need to move the dial on investment approaches, with more focus on embracing potentially significant opportunities to improve outcomes, rather than tinkering with the minutiae in the regulations. Without this, we are not going to address the concerns for many and support much better long term outcomes.”

This will include the government plan for repealing EU law for financial services and replacing it with rules tailor made for the UK, and scrapping EU rules from Solvency II to free up billions of pounds for investment.

Charlie Finch, partner at LCP’s de-risking practice, said: “It is vitally important that, in the rush to promote growth, the reforms do not undermine policyholder security. In just the past three years, over £100bn of money has been put into annuities by [defined benefit] pension plans through buy-ins and buy-outs. This was on the grounds that the UK insurance regime is one of the most robust in the world providing a safe, long-term home for people’s pensions.”

Charl Cronje, partner at LCP’s insurance team, added: “The prospect of making a break from Solvency II in the UK is an exciting one, but it all depends on the detail. When the UK adopted Solvency II, the internal model approval process (IMAP) made it impractical for many firms to use internal models to set regulatory capital.”

He said: “So, at the top of my wish-list for a post-Brexit UK regulatory regime would be the reintroduction of the ability for all firms to use models that appropriately reflect their risk profile and help with real world risk management, rather than a rigid standard formula. As in the pre-Solvency II era, discretionary regulatory loadings could be used to bridge any gaps in model sophistication and encourage ongoing improvements in modelling over time.”

In the last week, the interest rate on 20-year UK gilts stood at around 3.5% and had risen to just over 3.8% before the chancellor’s announcement this morning.

Market reaction to the statement has led to a further increase with rates now at around 4.0%. Coming on top of earlier rises in long-term interest rates these increases will reinforce the trend of more schemes being in surplus and more schemes being in a position to consider buying out some or all of their liabilities.

Scheme funding is also affected by expected future inflation over the long-term which has risen slightly in recent weeks. However, where pension increases are not fully protected against inflation because of caps, schemes can sometimes benefit from higher inflation if they are heavily invested in inflation linked assets such as index-linked gilts. The exact impact will vary from scheme to scheme and will also depend on their hedging strategy, according to LCP.

The chancellor also reversed a planned increase in corporation tax rates. This means that companies will get less tax relief on the contributions they make into pension schemes than expected, and this could affect the timing of contributions into DB pensions.

“The vast majority of DB schemes will find themselves in a better funding position this year than last, and today’s announcements are likely to reinforce that trend. If long-term interest rates continue to rise, deficits will tend to fall, and for some schemes this could bring forward the potential to buy out or buy in some of their liabilities,” Forsyth said.

“The impact of other Budget measures such as the scrapping of the corporation tax increase will have a less clear cut impact, as firms will get less relief than expected on pension contributions. But overall today’s statement is likely to lead to an improvement in DB scheme funding,” he added.