Rubenstein has led the PPF as chief executive since joining in April 2009, during which time the fund – which takes over the DB schemes of bankrupt companies – has grown from £2.9bn (€3.2bn) to £30bn.

Arnold Wagner, PPF chairman, said: “The board is extremely grateful to Alan for his excellent leadership of the PPF over the last eight years and wish him every success in the next phase of his career.

“As a result of his achievements as chief executive, the PPF is in a strong position, well placed to continue to protect the millions of people in the UK who belong to defined benefit pension schemes. Our task now is to locate a successor to pilot the PPF through its next phase of development.”

Rubenstein added: “After eight hugely enjoyable and successful years with the PPF, I have decided that the time is right to seek a fresh challenge.

“I’m enormously proud of the progress we have made during my time as chief executive. The PPF has grown from an organisation whose very survival was in doubt to one which is now a firmly established part of our national pensions fabric.

“Above all, between the Pension Protection Fund, and the Financial Assistance Scheme, which we run for government, almost half a million people are now better off thanks to the protection we provide.”

Sir Steve Webb, director of policy at Royal London, worked with Rubenstein on many occasions during his five years as UK pensions minister. He described the outgoing CEO as “a giant of the pensions world” and “an exceptionally tough act to follow”

“He has overseen a period of rapid growth for the PPF and has helped to ensure that the organisation is on a firm financial footing going forward,” Sir Steve added. “Many hundreds of thousands of current PPF members and many millions of potential PPF members owe him a debt of gratitude. I have no doubt that Alan could have earned far more in a private sector post than the government is prepared to pay someone to run a public body of this sort, and it is to his great credit that he gave his all to the PPF for a sustained period and leaves it in such a strong position.” 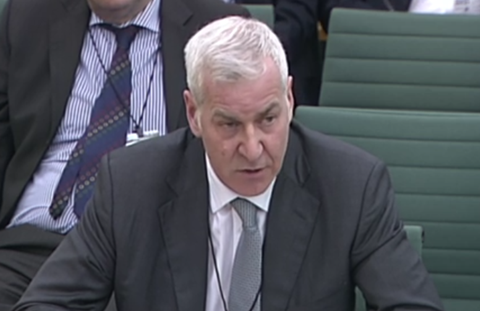 During his tenure, Rubenstein became the public face of the PPF. He appeared in front of the Work and Pensions Committee – a cross-party group of politicians from the UK parliament’s lower house – on numerous occasions, most recently to explain to politicians the fund’s role in the debate about the BHS and British Steel pension schemes.

He was also a driving force behind the establishment of the Pensions Infrastructure Platform. The PPF was a founder member of the platform in 2012.

Before joining the PPF, Rubenstein ran Lehman Brothers’ Pensions Advisory Group. He was previously a managing director at Morgan Stanley, and has served on the boards of Dutch asset manager Robeco, the UK’s Institute and Faculty of Actuaries, and the National Association of Pension Funds (now the PLSA). Currently, he is non-executive director at insurance company esure and an investment adviser to the British Coal Staff Superannuation Scheme.

During Rubenstein’s tenure the PPF won several IPE awards, including Best European Pension Fund in 2013 – the first UK fund to win this category. It has also been recognised for excellence in real estate investing and liability-driven investment.