The Romanian government has stepped back from an element of pension system reform that it was feared would cripple second-pillar provision.

Pension providers will no longer be required to increase the companies’ capital by €800m – an elevenfold increase on current levels.

After six months of intense negotiations, the industry managed to convince the government to amend the requirement.

However, the capital increase requirement was not scrapped completely – it was merely downsized to about €80m in total.

Mihai Bobocea, adviser to the board of the Romanian Pension Funds Association (APAPR), said the development was only “in part good news”.

“This reduction means that the second pillar indeed has a chance for survival,” he told IPE.

However, he emphasised that the new capital requirements still meant an increase of 125% compared to the current capital levels for pension providers.

The other three measures published by the government in an emergency ordinance in December were still in place, he added. This meant the previously mandatory second pillar was optional and people could opt to stop paying contributions but not take out accrued assets.

In addition, construction workers – which make up around 10% of active contributors in the second pillar – were removed from the system for the next 10 years, but their accrued assets remain.

Management fees levied on gross contributions were slashed by 70% of the legal maximum level.

“No one knows why the government wanted to take out the construction workers, or why for 10 years,” Bobocea said, “or why the level of capital increase or cuts in management fees was chosen by the government.” 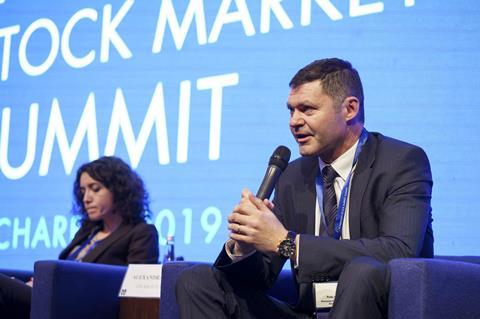 Radu Hanga, president of the Romanian Fund Management Association, speaks in defence of private sector providers at an event in Bucharest earlier this year

At the time of the government’s announcement, several industry representatives as well as other stakeholders – including Pensions Europe – warned that the measures would be the end of the second pillar through a “de-facto nationalisation”.

The government insisted the changes would “strengthen the system”.

“The combined measures were a completely unnecessary and undeserved blow against the system,” Bobocea said. “They will not strengthen the system but weaken it, and it was a threat to its stability.”

He said the industry was “backed by the people” in their negotiations with the government.

“After good awareness campaigns last year and at the start of this year, people are learning more about the system and they are seeing that it is working,” Bobocea added.

In a recommendation issued earlier this week, the European Commission also noted its concerns about the future of the second pillar despite the changes to the capital requirements.

The Commission feared that the Romanian government had only “postponed” payment of the full capital increase to December 2019.

“Other provisions in the December 2018 emergency ordinance that endanger the viability of second pension pillar funds remain unchanged,” the Commission added.

For the seven providers of pension funds in the mandatory system, the changes come after the industry reported its worst investment results since inception. In 2018 the average return was just 1% for the year, but just before the government announcement in December providers had still been averaging 4% for 2018.

The government’s announcement combined with a severe market downturn hit pension funds hard. In addition, the Romanian leu has considerably depreciated against the euro, meaning assets in the second pillar amounted to just over €11bn.

“The companies have not recovered fully from that over the first months of 2019,” APAPR’s Bobocea said.

People leaving the system, lower management fees and higher capital requirements “will hit the industry hard”, he added. However, so far there had been no sign of any providers intending to throw in the towel. 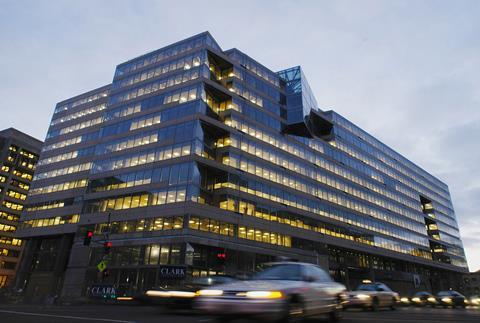 The IMF’s headquarters in Washington DC

The International Monetary Fund (IMF) this week published a statement following an official staff visit to Romania. In it, the IMF warned of a “severe” impact on government spending as a direct result of its planned pension system reforms.

“The pension law currently under parliamentary discussion warrants a reassessment to balance social needs and fiscal sustainability,” the IMF said. “The provisions in the current bill would create new spending of about 4 percentage points of GDP.

“This would add a severe strain to the government finances, burden the young generation, and crowd out other priority spending on public investment, education and health.”

Outside of pension reform, the IMF also warned that the progress the country had made in improving people’s incomes relative to other European countries could “suffer a setback that hurts the real incomes of retirees and poor people particularly hard”.

It stated: “A more balanced policy mix is needed to reduce the likelihood of such a setback: first and foremost, fiscal consolidation complemented by monetary tightening and greater exchange rate flexibility.