One of the UK’s largest pension investors has appointed its first chief investment officer as part of an ongoing restructure of its leadership team.

RPMI Railpen – the £28bn (€32bn) in-house manager of the industry-wide scheme for UK railway companies – today announced Richard Williams as its CIO. In addition, Paul Bishop has been named head of private markets. Both are newly created positions.

Both Williams and Bishop were previously investment directors responsible for leading the group’s investment teams. Together with outgoing investment director Ciaran Barr and ex-CEO Chris Hitchen, they led an extensive overhaul of the scheme’s investment strategy, including an insourcing programme and a strategic shift away from asset class silos.

Williams said: “I am excited to have the opportunity to lead our investment team at a time when we are continuing to grow our investment capabilities. As a leading global institutional investor, we are in a strong position to use our experience to help influence positive change across the investment industry, while continuing to deliver for our members.”

Williams joined Railpen in 2014 from BlueCrest Capital Management, where he was a portfolio manager. He also worked at BNP Paribas Asset Management – latterly as CIO – and Deutsche Bank . 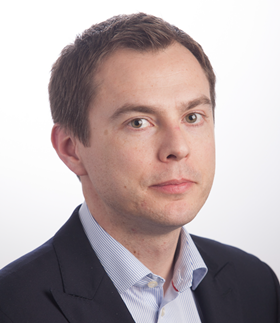 Bishop joined Railpen in 2011 from insurance group Royal Liver where he worked since 2006, latterly as CIO.

The appointments follow 18 months of staff changes across Railpen’s operations, including the departure of Hitchen last year, who was replaced by Philip Willcock in February.

At the time of Willcock’s appointment, announced in December last year, Railpen said it had completed its executive leadership team changes.