Financial regulators in the UK and US have agreed to a range of measures to allow London to remain a main centre of derivatives clearing, even after the nation leaves the European Union and its supervisory regime.

In an announcement today, senior figures from regulators on both sides of the Atlantic said they had agreed to extend existing oversight powers to cover the UK when it quits the trading bloc, under any scenario, and agreed the counterparties that would be permitted to operate.

Bank of England Governor Mark Carney said: “As host of the world’s largest and most sophisticated derivative markets, the US and UK have special responsibilities to keep their markets resilient, efficient and open.”

Carney said the measures announced today would do that.

Many derivatives contracts used in institutional investment, such as interest rate and inflation swaps and currency hedges, are processed through the UK. Without today’s agreement, it might have been impossible, or at least more onerous, to process the daily volume needed by the industry in another jurisdiction. 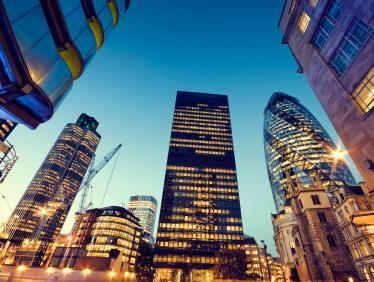 Phillip Hammond, the UK’s chancellor, said the UK and US – and the cooperation between them – were “fundamental to the smooth functioning of the world’s multi-trillion pound derivatives markets”.

He added that around 97% of the centrally cleared interest rate derivatives market was located in London.

Among a range of updates to existing policies and agreements, the announcement confirmed that the US would accept the UK’s own regulatory oversight as equivalent to its own – as was currently the case with that of the EU – allowing the continuation of service.

J Christopher Giancarlo, chairman of the Commodity Futures Trading Commission in the US, said the measures “provide a bridge over Brexit through a durable regulatory framework upon which the thriving derivatives market between the UK and the US may continue and endure”.

The UK has yet to agree to a deal to leave the EU by the end of next month. Such uncertainty has hit the financial sector – like many others – with many issues around regulations, and therefore continuation of service, yet to be settled.