UK pensions watchdog to clamp down on ‘excessive’ dividends

The UK’s Pensions Regulator (TPR) is to visit more defined benefit (DB) schemes and make more interventions as part of a “robust” new approach to supervising the sector.

In its annual funding statement, published this morning, TPR stated that it would take a much firmer stance on the ratio of dividend payments to DB scheme contributions.

Weaker employers should pay more into their schemes than to shareholders, TPR said, while companies that were unable to support their schemes should not be paying dividends at all.

If a company paid dividends greater than the amount paid to its pension scheme, the regulator said it would “expect a strong funding target” and a short deficit recovery period.

TPR has been scrutinising dividend payments and scheme funding arrangements as part of its ‘clearer, quicker, tougher’ approach to regulation, rolled out last year after severe criticism from politicians in the wake of the high-profile collapses of BHS and Carillion.

The regulator also urged schemes to set out more specific long-term goals for improving funding and securing member benefits – one of the main elements of the government’s reform proposals, currently under consultation.

David Fairs, TPR’s executive director of regulatory policy, analysis and advice, said: “In order to support schemes we are setting out what we expect trustees and sponsoring employers to consider on funding, investment and covenant.

“The annual funding statement will help them think about the risks facing their scheme, to consider what levels of risk are acceptable and how to mitigate risks where appropriate.

“Trustees have fed back to us that they find this clarity helpful in negotiating good outcomes for members and avoiding interventions and action from TPR.

“We have taken a tough stance on schemes that have not been treated fairly and will continue this approach where members’ benefits are under pressure.”

TPR said it was “concerned” about the imbalance between payments to company pension schemes and dividends paid to shareholders, as well as other forms of “covenant leakage”.

“Recent corporate failures have highlighted the risk of long recovery plans while payments to shareholders are excessive relative to deficit recovery contributions,” the regulator said.

TPR has already contacted a number of schemes that were at risk of losing out relative to shareholders, quizzing them on funding approaches and negotiations with sponsoring employers. It indicated that it would continue to make such interventions at a greater number of schemes “where we do not believe that their valuations reflect an equitable position relative to other stakeholders”.

The regulator also vowed to engage with a number of schemes this year if recovery periods were considered to be “unacceptably long”, and warned trustee boards to expect communications in the coming months.

“While some trustees may not consider their current recovery plan to be long, we will be looking at both the maturity and the covenant of the employer in forming a view on what we consider to be an acceptable recovery plan length,” TPR said.

Consultancy firm Hymans Robertson estimated that one in five FTSE 350 companies with DB schemes were at risk of intervention from TPR.

The full annual funding statement is available on the regulator’s website. 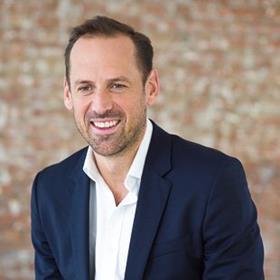 “For weaker sponsors, there is always going to be a very difficult balance to be struck between the interests of pensioners and the ongoing solvency of the company. It is a hard area to regulate but we believe it is important to recognise that in many cases pension scheme trustees are a key stakeholder in the ongoing company, and should be recognised as such – the expectations suggested by the regulator around dividend payments help to achieve this.”
– Dan Mikulskis, partner at LCP

“Given the desire to strengthen DB pensions funding, the regulator’s robust stance makes perfect sense. It is challenging employers to fund pension schemes ahead of paying shareholders. But it will create challenges for business, and some employers may be surprised by how much the ground is shifting. Many companies will need to give a higher priority to pensions funding and risk management than they do today and some will come under pressure to either increase pension contributions or cut dividends.”
– Mike Smedley, pensions partner at KPMG

“Businesses with pension scheme valuations this year will be under considerable pressure to pay higher contributions to their pension scheme. This will be incredibly unwelcome for those who are wrestling with tough trading conditions or Brexit-related uncertainty. If businesses are struggling, TPR will be highly likely to intervene to put the interests of pensioners ahead of investors… All trustees are going to have to work harder to demonstrate to TPR that the risks they are running can be supported by the business their scheme relies on.”
– Patrick Bloomfield, partner at Hymans Robertson 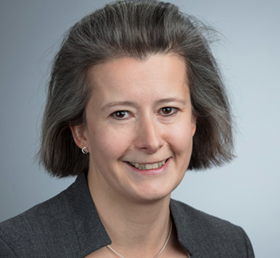 “Sponsors, trustees and their advisers need to be assured that the changing approach will not herald an overly inflexible one and that the regulator will remain proportionate in using its powers, particularly those situations where employers are engaged in corporate restructuring – often with the specific aim of enhancing the organisation’s future prospects and therefore the covenant supporting the pension scheme.”
– Jenny Condron, chair of the Association of Consulting Actuaries 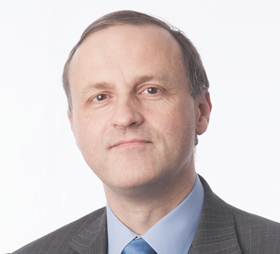