Telecoms giant BT has confirmed plans to close part of its defined benefit (DB) pension scheme to future accrual from 31 May 2018, affecting roughly 10,000 managers within the company.

The group is attempting to address a pension deficit estimated at £14bn (€15.7bn).

From 1 June the affected employees will begin contributing to the BT Retirement Saving Scheme (BTRSS), a defined contribution (DC) scheme. Labour union Prospect said yesterday it had negotiated improvements to the scheme and additional concessions from the employer to aid the transition from DB to DC.

The DC improvements included a higher employer contribution rate of 11% of salary for the first five years, Prospect said. Managers would be permitted to make additional voluntary contributions to the DB section until the end of September 2019.

The company said in a notice to the stock exchange that it was “still reviewing feedback” on a consultation to close the scheme for employees that were not managers, and remained in discussion with another union, the CWU.

Alison Wilcox, BT Group HR director, added that the company was “working hard to ensure fair, flexible and affordable provision for members of our pension schemes”.

Prospect national secretary Philippa Childs said: “During a very difficult negotiation we secured decent protections for those having to transfer for future service, as well as improved employer contributions for people already in the BTRSS. Since the ballot result, and the end of BT’s own consultation with staff, we have gone back to the employer and won yet more concessions.”

The UK’s Pensions Regulator (TPR) has fined the trustees of DC master trust NOW: Pensions £70,000 for “persistent administrative failings” and given the company a deadline to fix its problems.

The master trust has been plagued with back-office issues that have caused some members’ contributions to not be collected or invested. NOW: Pensions – which was set up by Danish pensions giant ATP in 2011 – removed itself from the regulator’s list of approved master trusts last year in relation to the issues.

As well as the fine for the trustees, TPR issued an “improvement notice” to the trustees and a “third party notice” to NOW: Pensions Ltd (NPL), the entity that manages the master trust. The notices were sent “to ensure that the trustee and NPL take key steps to resolve the issues by set deadlines”, the regulator said.

NPL appointed Dalriada as an independent trustee last year to assist with the company’s ongoing attempts to resolve the issues.

Nicola Parish, TPR’s executive director of frontline regulation, said: “This package of measures, together with those voluntarily taken by the trustee, should ensure that the issues with NOW: Pensions which have persisted for so long are finally resolved. We will continue to monitor progress and will issue further fines if necessary to ensure that the trustee and NPL focus on resolving the issues as swiftly as possible.”

Troy Clutterbuck – who has been interim CEO at NOW: Pensions since the departure of Morten Nilsson in August – said he was “truly sorry” for the delays in processing pension contributions, adding that the company had made “significant progress” on addressing the problems. 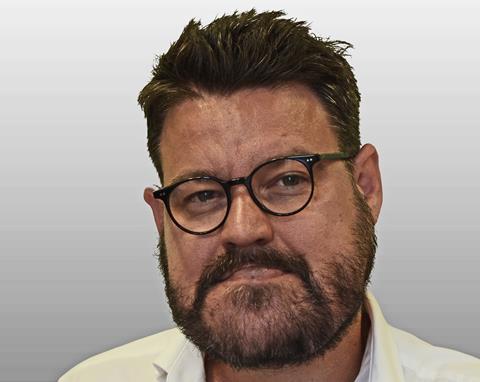 He added: “I’m pleased to say that the vast majority of schemes are now up to date. Work continues on a small percentage of larger and more complex schemes and these will be updated by April – the deadline set by the regulator.”

Chair of trustees Nigel Waterson emphasised that members’ funds were “completely safe” and said NOW: Pensions would ensure members would be put back “in the same position they would have been in had their contributions been processed in a timely manner”.

Clutterbuck said the company had invested in new systems to help improve the quality of member data.

Scottish Widows has transferred the longevity risk linked to $1.8bn (€1.5bn) of annuity liabilities to the Prudential Insurance Company of America.

It is the first longevity transaction Scottish Widows has completed.

Michael Downie, finance director for annuities and investment strategy at Scottish Widows, said: “[Prudential’s] financial strength and long-term commitment to the market was a key consideration for Scottish Widows when selecting a counterparty. Throughout the negotiations, they took the time to understand our needs and actively tailored their offering to meet our requirements.”

Scottish Widows has backed notable buy-in transactions with the ICI Pension Fund and Monsanto since entering the market in 2015.

Prudential has completed more than $45bn worth of reinsurance transactions since 2011, according to the company. This included the mammoth £16bn longevity swap transaction with the BT Pension Scheme in 2014 – still the biggest single derisking deal ever completed in the UK.